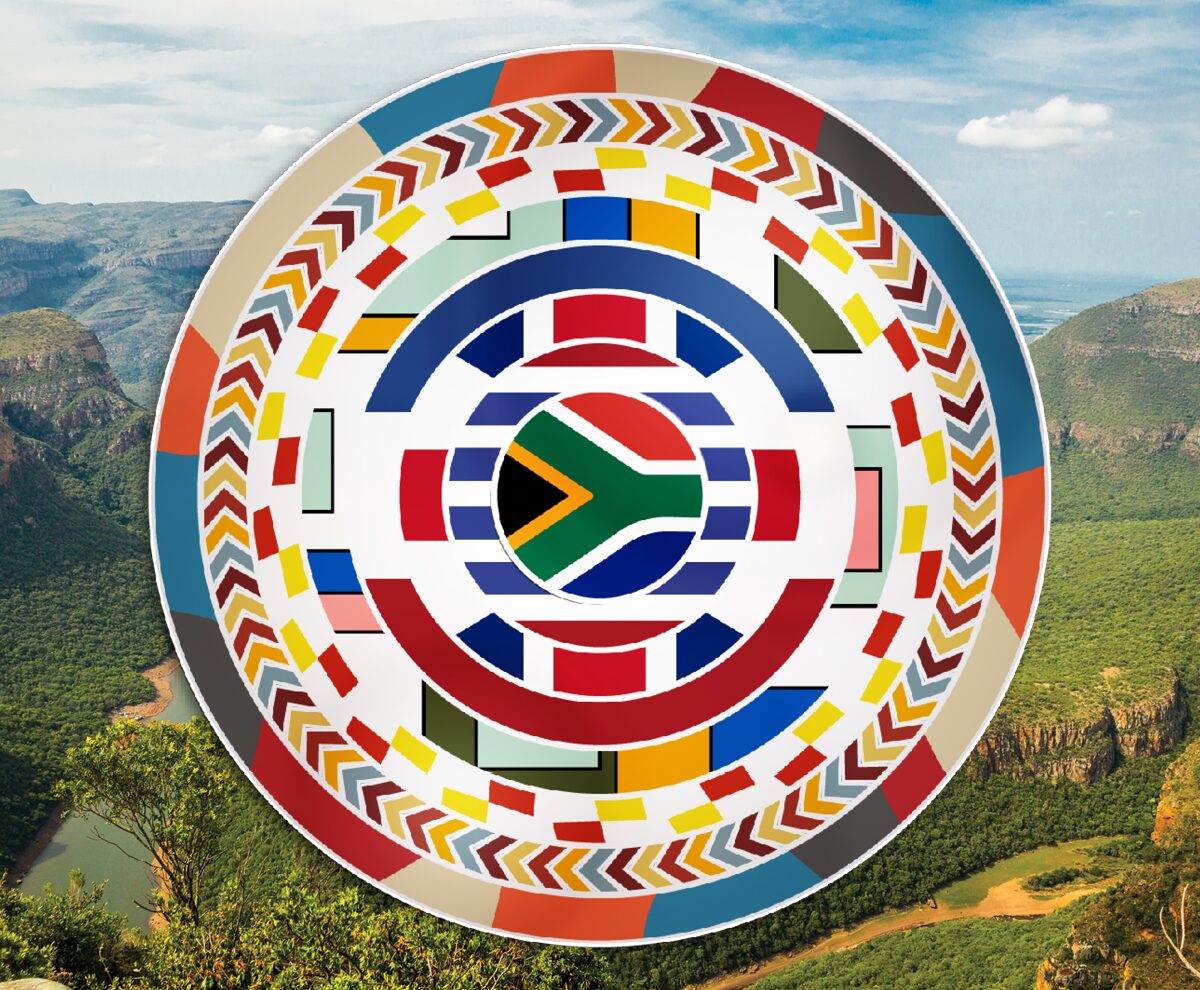 Historical settlements that made South Africa a Rainbow Nation.

Imagine a South Africa without pap and wors. Now imagine that there was no sound of vuvuzelas at a soccer match, no bobotie, no brightly-coloured Ndebele traditional houses to admire, no rolling vineyards…

We’ve often heard South Africa being referred to as the Rainbow Nation. It’s because we’re a country of so many different cultures.

Each group of people arrived in SA at different times in history and for very different reasons.
Each unique culture, in turn, influenced and shaped our country in its own way. Let’s not focus on the bad, but on the good influences we all get to share. That’s special! Without one or more of these cultures, SA would be a very, very different country!

The original inhabitants of SA, the San (hunter-gatherers), lived here for about
100 000 years before the arrival of the Khoikhoi, Bantu and European settlers.

The Khoikhoi settled throughout the western half of SA about 2000 years ago. They were originally San who acquired livestock and became herders.

Khoisan and their contributions

The closely-related San and Khoikhoi integrated and became known as Khoisan. The Zulu and Xhosa adopted the Khoisan languages’ distinct consonant clicks and some loan words in their own languages. Words like ‘eina’ (ouch) and ‘aikhona’ (absolutely not) have become general SA lingo. The Khoisan have also contributed to place names such as Karoo and Keiskamma.

The SA coat of arms features a phrase in Xam, a Khoisan language that is now only found in written form.

The Great Bantu Migration seems to have begun around 1000 BC in what is today the Cameroon. The Zulu, Xhosa, Shona, Ndebele, Swazi and Kikuyu (all part of the Eastern Bantu language family, collectively known as the Nguni) moved into the sub-Saharan region in search of fertile land to start new farms. Groups reached what is now the Limpopo Province by 500 AD. Other groups migrated further south to what is now KwaZulu-Natal by 300 AD.

The Khoikhoi learnt how to herd from Nguni centuries before the Nguni settled in SA. The Nguni were mostly cattle and goat herders. The Nguni also grew (and still grow) staples such as sorghum, maize, beans, pumpkins, gourds and sweet potatoes.
Many traditional skills were passed down through the ages. Today, traditional crafts are sold to tourists, benefiting our economy. Most importantly, many Nguni settler descendants played large roles in the fight for democracy in SA.

French Protestants, the Huguenots, were members of the Calvinist Reformed Church. They were persecuted in France for their religious beliefs, so they fled to countries, including SA, where they could enjoy religious freedom. The first Huguenot refugee, Francois Villjon (later Viljoen), arrived at the Cape in 1671.

The Huguenots mostly settled in
Franschhoek and Drakenstein (now Paarl).

Otherwise known as the 1820 Settlers, the first British immigrants arrived in Table Bay on Friday 17 March 1820. The British government encouraged its people, who faced a serious unemployment problem after the Napoleonic wars, to immigrate to the Cape colony. They settled in what is known today as the Eastern Cape, particularly in towns such as Port Elizabeth, Grahamstown and East London. Many later settled in Natal. About 4000 settlers arrived in the Cape in one of the largest stages of British settlement in Africa.

Settlers who remained on the farms they were granted near Bathurst contributed greatly to agriculture. They planted maize, rye and barley, and farmed with sheep for wool. Professional traders contributed to the business and the economy, rapidly expanding Port Elizabeth and Grahamstown.

Where do you come from?

For centuries, people from all over the world have arrived in South Africa and called it home. Some were brought here by force, like the Malay and Indian slaves and even Italian prisoners of war. Others found refuge from persecution and war, like the Mozambican Portuguese, Congolese and Zimbabweans. Some left home with just the clothes on their backs to find hope in a new land.

Each has brought with them their own rich cultures and flavours and added them to the mix. Even in your own family, the chances are that your ancestors came from far flung regions of the world, settling here and making you a true South African.

4.5 2 votes
Article Rating
← The Origins of Yellow The New Journey to the Moon →
Subscribe
0 Comments
Inline Feedbacks
View all comments