The Origins of Yellow 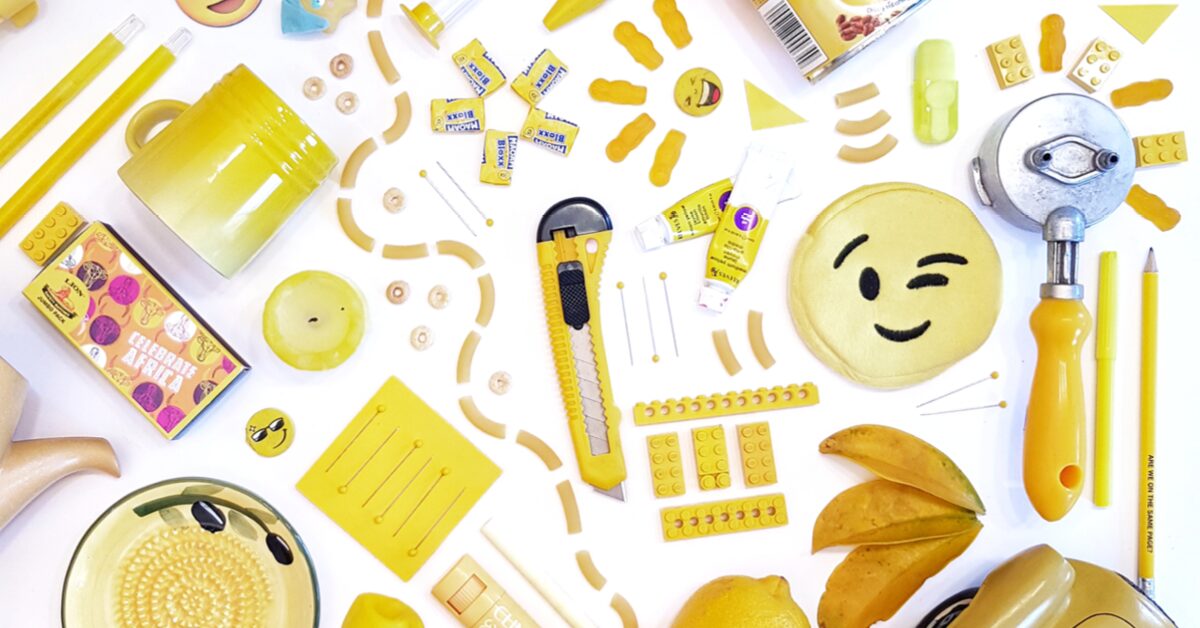 It’s not very hard to find the colour yellow all around us. Just take a look out the window and you’ll see flowers, insects and even our own clothing all brimming with this bright colour. But how did yellow come to feature in everyday life? That’s a story that starts far back in time.

Nowadays, yellow isn’t just a colour used for decoration. It comes in a multitude of shades, from bright to light, and people use these to set a mood or depict certain emotions. But where did it all start? With yellow ochre. Known as an ‘earth pigment’, ochre is a natural mineral that is found in rocks or sand across the globe. It was among the first minerals used by humans.

Clothes were dyed yellow by using saffron. This spice was very expensive, so the colour became a symbol of royalty or status in countries like China and India. This is a painting of the Qianlong Emperor of China from the 18th century.

Ancient peoples also seemed to paint their walls. One of the first cave paintings that uses yellow can be found in Lascaux, southwestern France. This cave painting of a horse is said to be around 17 300 years old!

Prehistoric yellow paint was made with clay containing yellow ochre that was mixed with spit or animal fat to create a paste. This paste would vary in shades from yellow to brown depending on the sand.

The ancient Egyptians used many natural minerals to create paints, including ochre. For brighter shades of yellow, they chose to use the mineral ‘orpiment’. Ground orpiment was blended with animal glues or natural gums to create a rich lemon or canary yellow.

In ancient Egypt, each colour had a symbolic meaning and yellow was the colour of the gods! It was believed that the skin and bones of the gods were made of gold. Meaning ‘eternal’ and ‘indestructible’, yellow was often blended with precious metals, like gold, to make depictions of the gods glow. Priests or priestesses of ancient Egypt were said to sometimes paint themselves yellow to ‘become’ closer to the gods.

In the 1500s, artists used oil paints, made by mixing yellow pigment made with yellow ochre, with linseed oil.

During the 16th century, yellow was associated with the disciple that betrayed Jesus Christ, Judas, and was used to depict envy or jealousy in artworks. It was often the colour of illness, as some cases of yellow fever would turn patients’ skin a mild shade of yellow. And later, in 18th century England, if you were seen to be a coward, you were called ‘yellow-bellied’. Cowards were said to have a slippery nature, like reptiles. Some snakes and lizards have yellow undersides.

In 1856, a chemical process that could create synthetic versions of natural pigments was discovered. This meant that more colours could be manufactured faster. At the end of the 19th century, there were over 8 000 types of synthetic dyes to choose from, yellow being one of them!

New synthetic dyes meant that 18th and 19th century life was more colourful than ever! Yellow became the most popular way to attract attention in the French court. This meant that yellow hats, gloves and dresses were worn by all the fashionable folk of the time. Even famous artists were great admirers of the colour. Just think of Vincent van Gogh’s ‘Sunflowers’ painting.

Think of Pikachu, Spongebob, the Minions and even the emojis on your phone. Yellow is a colour of cheerfulness and optimism. It is a symbol of happiness. Once a colour to help depict stories, yellow has become a main feature in our everyday lives.

From cave walls to famous artworks, clothing to a famous song, this undeniably cool colour has had a long journey through history and is bound to keep the future bright too.

How many yellow things do you own?
Go through your house or classroom and collect all the yellow items you can find and arrange them in interesting patterns. You’ll be surprised by how many things you’ll find!