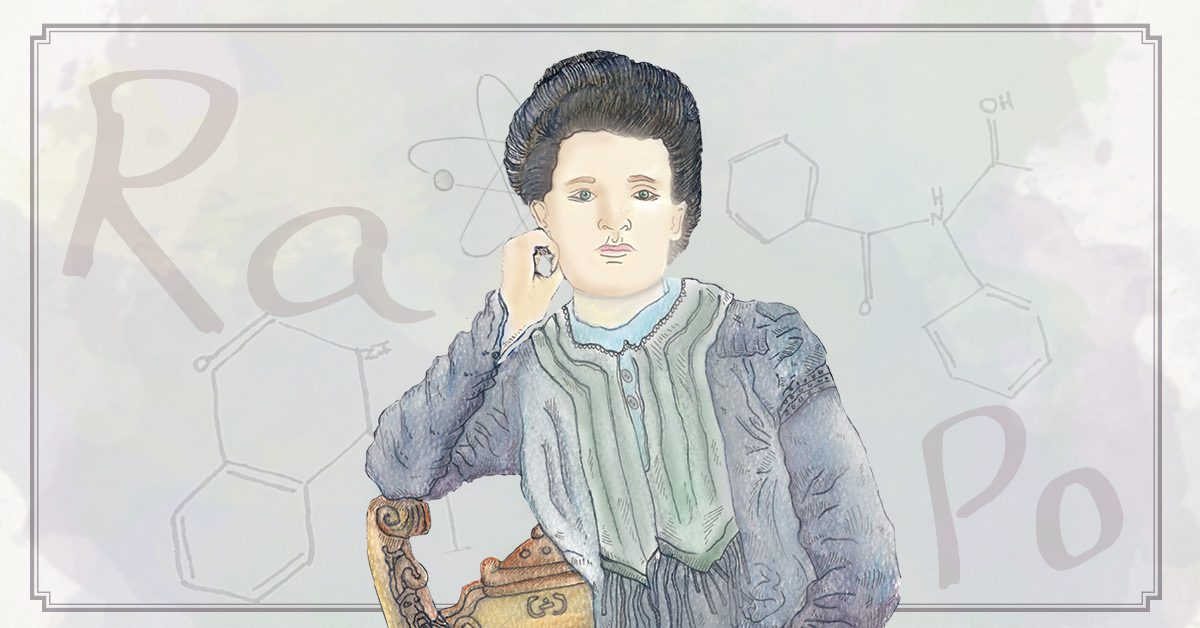 A woman triumphing over adversity

What is one thing we must never take for granted in the 21st century? A simple answer: education! Not too long ago, education for many people was a privilege, not a right, and many incredibly intelligent people had to either fight to gain knowledge or find a job that did not require an education. It is hard to guess how much was lost to the world through this short-sighted practice.

But some people were not content to take a back seat. One of the most famous scientists to have existed on earth was nearly lost to science because she was a woman: Marie Curie.

Marie Sklodowska was born in Poland in 1867. Despite earning a gold medal at school for her achievements, Marie could not enrol at a university because she was a woman. Fortunately, there was a secret university called the Flying University that operated illegally in Warsaw, the capital of Poland. It accepted women, and Marie started studying science there.

In the 19th century, Warsaw fell under Russian rule and it became very difficult for Poles to study at universities. In 1882, some educators offered secret courses in private houses, initially to Polish women who were completely banned from studying.

Eventually, educators combined forces and the Flying University was established. It received its name from the fact that venues constantly moved to escape the authorities. The university educated over 5000 Polish women and many thousands of Polish men between 1882 and 1905, when the university was legalised.

Marie’s problems didn’t end there. Her older sister, Bronislawa, wanted to be a doctor but she could only study in Paris. Marie offered to pay her fees for two years, working as a governess for the children of a rich family to do so.

Marie continued to study through the Flying University. She also educated herself by reading everything she could find on her chosen subjects of physics, chemistry and mathematics. She finally managed to scrape together enough money to study at the University of Paris, and moved there in 1891.

Life wasn’t any easier there. She had to work as a tutor in the evenings to pay her way through university. She also suffered terribly in the cold French winters in a tiny unheated attic room, often fainting from hunger.

But Marie was a very strong lady. In 1893, she received her physics degree and didn’t stop there. She won a fellowship, which helped her with her fees, and passed a second physics degree in 1894.

It was after this that she met her future husband, Pierre Curie, when she was looking for laboratory space. She had her first job, investigating the magnetic qualities of different grades of steel. They soon fell in love, working together. Pierre even said he would go to Poland if necessary to marry her. That wasn’t necessary, and Marie Sklodowska was soon Marie Curie, the name that would go down in history.

Marie was fascinated by X-rays, which had been discovered by Wilhelm Roentgen in 1895. Marie also knew that uranium salts emit rays similar to X-rays. She was certain that these rays came from uranium itself. This was a very bold theory for the time because it was firmly believed that atoms were ‘indivisible’, meaning that they can’t be broken down, or divide themselves.

In July 1898, after a lot of experimentation, using an electrometer that her husband had invented to measure electric charges, Marie finally worked out that uranium rich minerals do in fact give off another substance. She called this element polonium after her native Poland.

She continued her studies of uranium. In December 1898, Marie discovered yet another element that she called radium from the Latin word for ‘ray’. She and Pierre also coined the word ‘radioactivity’ to explain the process of atomic decay.

Radioactivity is the decaying of an atom when the nucleus of an unstable atom loses particles by emitting radiation. There are many different types of decay. Although it’s impossible to tell when a single atom will decay, when there is a large collection of radioactive atoms of the same element, the overall decay can be measured with perfect accuracy.

Marie published 32 different scientific papers between 1898 and 1902, a remarkable amount of new work. One of the papers was on the effect that radioactivity has on cancer cells. This was a breakthrough that has saved countless lives in the last century. Sadly, radiation also has a negative effect on normal cells, as Marie discovered at her own expense.

After being awarded her doctorate by the University of Paris in 1903, she and Pierre were invited to London to give a speech on radioactivity. Astoundingly, Marie was not allowed to speak, as she was a woman.

It’s difficult to understand how hard it was for women in those times. For instance, women in France, where Marie had done such astounding work, were only allowed to vote in 1945.

Discrimination against women also nearly cost Marie her most prestigious award. In 1903, her husband and another scientist, Henri Becquerel, were nominated for the Nobel Prize in Physics for their work done on radiation. Fortunately, Pierre heard about this and complained to the Royal Swedish Academy of Sciences. They quickly added Marie Curie’s name to the nomination.

Marie Curie was the first woman to receive a Nobel Prize, and she wasn’t finished yet! After the sad death of her husband (he was run over by a horse cart), Marie was offered the professorship position at the University of Paris that Pierre had held. She became the first woman professor at this famous university.

In 1911, she was awarded her second Nobel Prize, this time for chemistry. She is one of only two people to have won Nobel Prizes in two separate disciplines and, to this day, the only woman.

The Nobel Prizes are awarded annually in a number of categories in recognition of academic, cultural and scientific advances. Between 1901 (the first year) and 2014, the Prize has been awarded 567 times to 889 people. Only 47 have been awarded to women. The prizes are granted from the estate of Alfred Nobel, who made a fortune from dynamite and weapons.

Marie Curie helped shape the world we live in today. Apart from her scientific breakthroughs, her strength, courage and determination inspired students around the world, especially women.

Marie continued to work right up until her death in 1934. Her long-term exposure to radiation caused her death. Her work with X-rays during World War I certainly saved many lives, but ultimately cost her, her own life. Marie was completely unselfish.

Her work helped scientists to ‘split’ the atom eventually. She is remembered throughout the world as one of the most influential and dedicated scientists ever to have lived.

Marie Curie was and remains an inspiration to all people that self-belief and hard work can overcome adversity.

For more articles like this, check out our Science or History section.