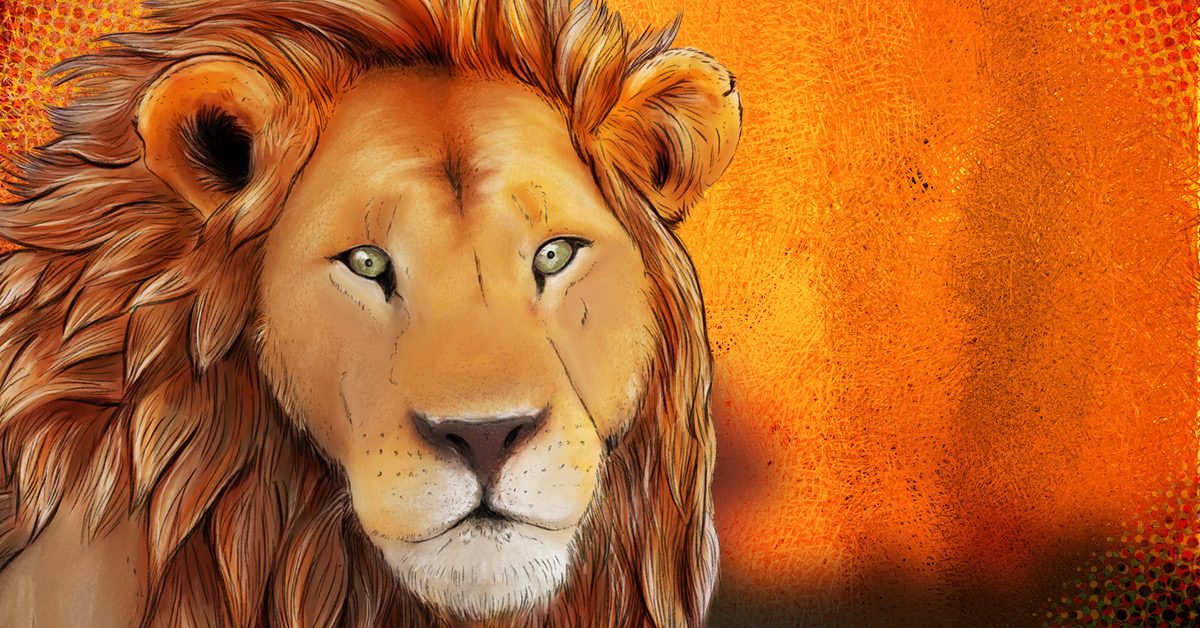 Lions – the Pride of Africa

Of the famous big five, the lion is king. It’s known by many names: the king of the jungle, simba, and its scientific name panthera leo.

Their habitat includes the savannah, plains, grasslands, dense bush and woodlands. They love feasting on giraffes, zebras, impala, waterbuck, kudos and even some birds and lizards! Lions don’t have a lot of enemies. They try to steer clear of hyenas, but man is their worst enemy and the reason why they are endangered.

Male lions have huge manes that cover their neck and shoulders. The manes make them look large and impressive for females and rival males. The mane also protects the lion’s neck when it is attacked by another lion.

Lions use their ears and their tails to communicate with each other when they hunt. The black tips allow them to easily see the other members of the pride in front of them.

Lions have black tipped tails and black spots behind their ears. These are “follow me” signs. The black tip on the tail is exactly the right height for a cub to follow its mother through the tall grass.

The lion uses its claws to grab and secure prey. The claws are pushed out by muscle contractions when the lion needs to hunt. They retract into a protective sheath to keep them from becoming blunt.

The declaw is a small claw on the lion’s wrist that helps it to secure its prey.

A lion’s tongue is extremely rough. The lion can separate meat from bone just by licking it.

Why are lions at the top of the food chain?

Lions are important because they are apex predators and at the top of the food chain in Africa. They play a crucial role in the ecosystem by keeping the numbers of animals like zebras, wildebeest and antelope to healthy standards. This in turn will keep the grasslands and forests healthy and ensure that the circle of life continues.

After resting during the day, the pride will engage in contagious behaviour. This includes yawning, grooming and communal roaring. This creates unity in the pride.

Life in the pride

Lions are the only social cats in the bushveld. They live together in groups called a pride. A pride is made up of a family of females, mothers, daughters, sisters and grandmothers. A pride does not necessarily have one dominant male. Territories can be held by a coalition of 2 – 5 males. A coalition makes it easier for the males to defend their domain and to keep hyenas and other lions away. Females in the pride help each other take care of the cubs and will even nurse each other’s cubs. Living in a pride means that the lionesses can help each other protect their cubs from other predators like hyenas.

Together the pride can hunt big game like zebra, wildebeest and even buffalo. Working together also improves their chances of a successful hunt. It is usually the females that do the hunting, but the males are the ones who will eat first. Only when the male has a full stomach can the females and the cubs get their share.

Communicating when you are a lion

Communication is very important when you are living in a pride. With those sharp teeth it’s important to know when someone is irritated. Lions make several different sounds when they communicate. They can moan, purr, growl, snarl, roar and the cubs meow. They even use their bodies to communicate with each other while hunting.

Lions roar to let other lions know that this territory is taken. Every lion knows what the other members in the pride sound like, so it is easy to hear when it is an outsider that is roaring in the distance. Lions usually roar at night, when they are most active and when there are fewer sounds. This allows their roars to travel far and wide over the savannah.

A lion’s roar can travel almost 7 kilometres, depending on the time of year and the weather.

Lions have been a part of human culture for centuries. They symbolise strength, courage, loyalty and royalty. It’s no wonder that they appear in all sorts of stories, and that their own real-life stories impact us so much. Here are some of the most famous examples.

Aslan – The Chronicles of Narnia

The cowardly lion – The Wizard of Oz

Cecil – Cecil the lion became famous when he was shot and killed by an American trophy hunter. It caused a huge outcry on social media and the hashtag #cecilthelion was shared more than 250 000 times within 24 hours.

Chaos – Chaos is a 16-year-old lion that is being treated for skin cancer at the Muelmed Mediclinic in Pretoria. He received his first treatment at the ‘human’ hospital in May 2019 and is reportedly doing very well.

Christian – In 1969, two Australian travellers, Ace Bourke and John Rendall, bought a lion cub from a shop called Harrods in London. Christian lived with them in the UK. When he became too big, they took him back to the wild in Kenya. When they went back years later Christian remembered them and even gave them a big lion hug.

Leo the lion – Leo is the famous roaring lion for the Hollywood film studio Metro-Goldwyn-Mayer. His roar has been on movie screens since 1957.

Lion populations are getting smaller all over Africa. Sixty years ago there were approximately 450 000 lions across Africa. Today the lion population is between 20 000 – 30 000.

So why is the ‘King of the Jungle’ in danger of becoming extinct? One of the main reasons why lions are losing their habitat is because the human population is increasing. The more humans there are, the more homes and buildings we need. So we use the lion’s natural habitat to build on.

Trophy hunting is also a big problem, it claims more than 600 lions a year, most of them being males. It is legal to hunt a lion for sport or for a trophy, all that you need is a CITES permit.

Communities all over Africa are killing lions that kill their livestock. Due to the loss of their habitat and their natural prey disappearing, lions are forced to look for food elsewhere and this sometimes means that they catch the cattle and goats of nearby villages. The villagers retaliate by hunting and killing the lion to keep the village and their livestock safe.

There are several organisations that work towards lion conservation in Africa, like the African Wildlife Foundation (AWF) and Panthera. Both organisations aim to educate people about the importance of lions and how we can protect them. You can help protect the king of the jungle by learning more about lions and the challenges they face, and then telling others about what they can do to save the majestic lion. 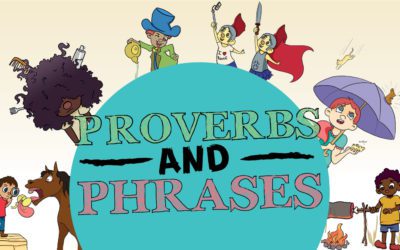 Proverbs are short sayings that give advice or warnings. Here are some well-known proverbs and phrases, their meanings... 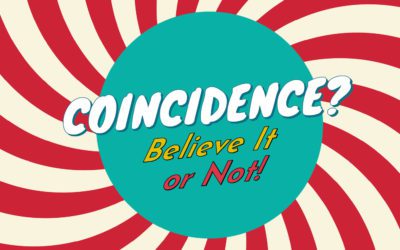 Have you ever wondered how a friend was doing and then they phoned you seconds later? Maybe you made a new friend with... 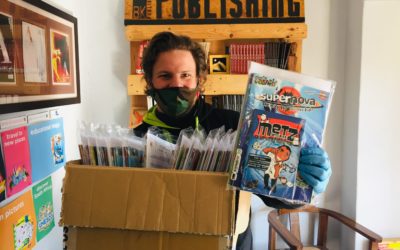 Benoit Knox give us an update on the Food for Thought Campaign. Over 450 packs have been distributed and now we need another 300 packs for children in the Reach for a Dream programme.