Easter Island and the Moai 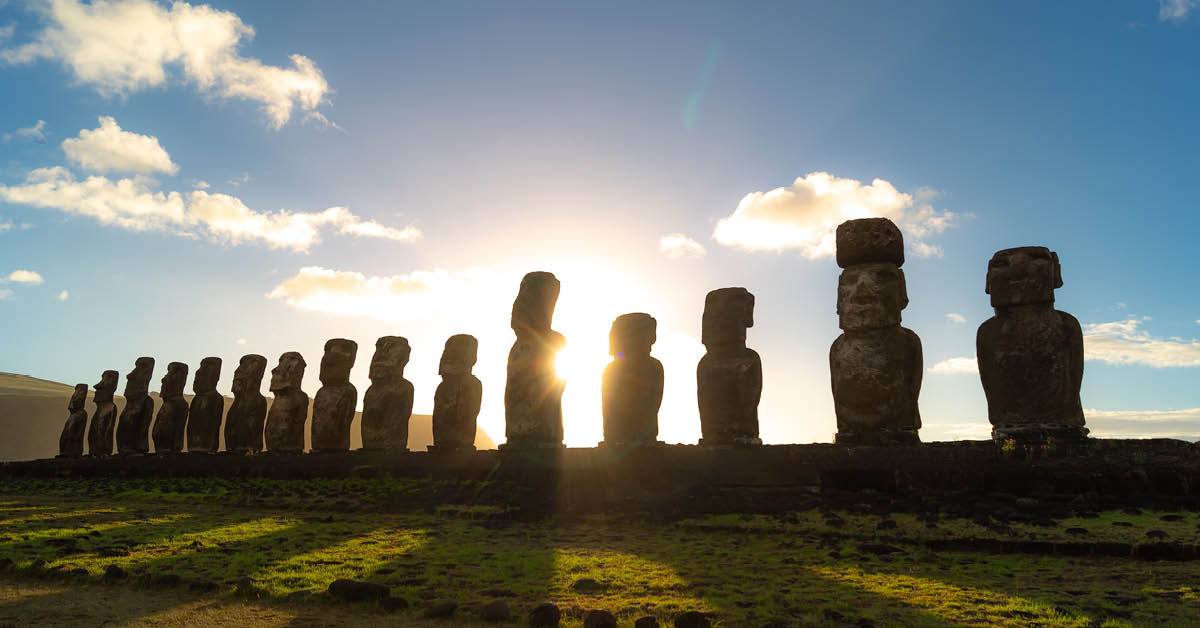 The Moai statues, commonly known as the Easter Island heads, have always held great mystery. I was fortunate enough to see these enormous heads up close and learn what has been discovered about them.

The Moais are megaliths. In other words, each statue is a large stone that forms a prehistoric monument.
There are about 1 000 Moai statues. Some Moais weigh up to 86 tons and reach 10m in height, though most average about half of this, which is still really heavy and really tall!
But are these famous statues really just big heads? It turns out that each statue has a full body!

After two famous heads were dug up, archaeologists discovered that the statues had bodies too! They even found pictures of Polynesian canoes carved into the back of the statues, these are known as petroglyphs.

The native islanders, the Rapa Nui, carved the statues from rocks made of compressed volcanic ash called ‘tuff’ around 1400 to 1650 A.D. The rocks are found in the volcano Rano Raraku. This substance is easy to carve with toki which are handheld chisels that the Rapa Nui used.

Tribes traded large amounts of produce, products and tools to buy statues from a group of carvers. The bigger the statue, the higher the price, but the greater the honour for the tribe.
The deceased’s spirit was believed to watch over and bring fortune to the tribe from its ‘living face’. The native word ‘mōai’ actually means ‘so that he can exist’.

What may look like hats on some of the Moai statues’ heads actually represent long hair tied up like a ball on top of the head. Long hair was believed to be a sign of mental power, or mana. Chiefs never cut their hair for this reason.

Easter Island is one of the most isolated places on Earth, so how did these giant statues get there? Archaeologists Terry Hunt and Carl Lipo believe that they were walked! In 2012, a 5 ton moai replica was made and shipped to Hawaii. There, 18 people teamed up to move the giant statue from one place to another by rocking it from side to side using only ropes and teamwork. Good news is, it worked!

The Moais were carved in honour of chiefs and other important people who had died. Each Moai was placed on the tomb of the person the statue represents. This is why each Moai has different features.