Discovering the History of Dogs

We all love our pets. Life just wouldn’t be the same without them. But did you know that dogs weren’t always tame? In fact, according to scientists, dogs originally descended from the grey wolf between 10 000 and 30 000 years ago.

There is no doubt that wolves were the first dogs. In fact, historians agree that the wolf was the first animal to be domesticated. However, there is a lot of disagreement over when and where this happened.

For a long time, scientists believed that humans were responsible for taming wolves and bringing about the domestic dog. Past research suggests that dogs were first domesticated in the Middle East or East Asia about 15 000 years ago. It was thought that humans had taken wolf pups and raised them to be tame. Another theory was that wolves would go through the rubbish heaps at human settlements to find food and that they eventually became tame in this way.

The latest research into the origin of dogs provides new insight. It seems that humans did not tame wolves, but rather that wolves evolved into domestic dogs on their own.

DNA studies have shown that wolves can now be linked to European hunter-gatherers between 19 000 and 32 000 years ago. This relationship may have begun when the wolves were attracted to the carcasses of dead animals the hunters left behind. As a result, the wolves may have started to follow these hunters at a distance, before getting closer and closer to them as they became less cautious. Eventually, the wolves joined the human groups and probably helped them to hunt.

This was a mutually beneficial relationship for both the humans and the dogs. On the one hand, the dogs got food, protection, shelter and companionship. On the other hand, the humans had an early warning system, help with hunting and herding, as well as the benefit of companionship. In fact, when you consider all of these benefits, it’s not hard to see how and why wolves became domesticated. However, the latest research is not complete and it’s possible that dogs may have been domesticated and bred in several places around the world. Scientists need to find more ancient dog remains so they can get a better idea of when dogs were first domesticated.

How wolves evolved into dogs

Research has proved that the grey wolf is the ancestor of all dogs and that no other species was involved in creating the domestic dog. However, modern dogs are more closely related to ancient wolves than they are to the wolves that we see today. It’s thought that these ancient wolves are now extinct.

Of course, it may be hard to believe that dogs evolved from wolves when you look at them. Some dogs, such as Huskies, look similar to wolves, but most dogs look and act very differently to them.
However, studies have shown that as wild animals become tamer, their appearance also changes. This happens over several generations and can lead to a number of changes to the ears, snout, tail, coat, colouring, shape of the head and size of the animal – and may even explain why they bark.

So, as wolves became domesticated, they would have gone through a number of natural, physical changes. However, the great variety of dogs today also has a lot to do with breeding, which is how new types of dogs are created.

There are over 400 different breeds of dogs in the world today. The first dogs were used for hunting purposes. However, over time, dogs have been bred by humans for many different reasons and to fulfill various functions in society, either as working dogs or as pets. This is called selective breeding.
Some of the useful roles that dogs have played include herding sheep and other animals, pulling loads, guarding homes and people, doing police and rescue work, helping the disabled and providing companionship.

For instance, the Border Collie was bred to herd sheep and other animals. It is the most intelligent breed of dog and is also very obedient. On the other hand, the small Yorkshire Terrier was initially bred to catch rats in clothing factories in England, but they are mainly kept as pets and entered into dog shows these days.

Most of the modern breeds of dogs that we see today are only a few hundred years old. However, there’s no denying that dogs are the most popular pet in history and man’s oldest companion.
Remember that there are thousands of stray dogs in our country that don’t have a loving home. So, why not visit the SPCA or another animal shelter to adopt your next pet? 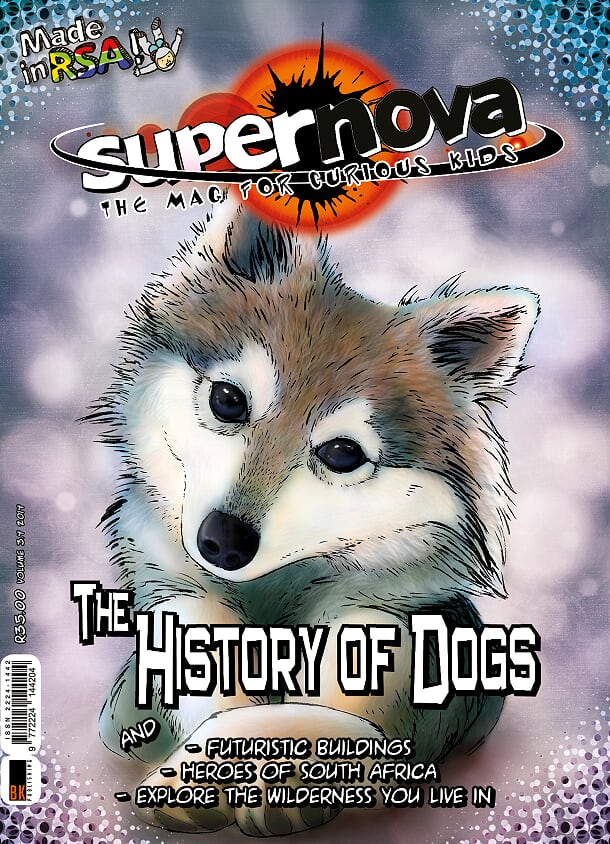