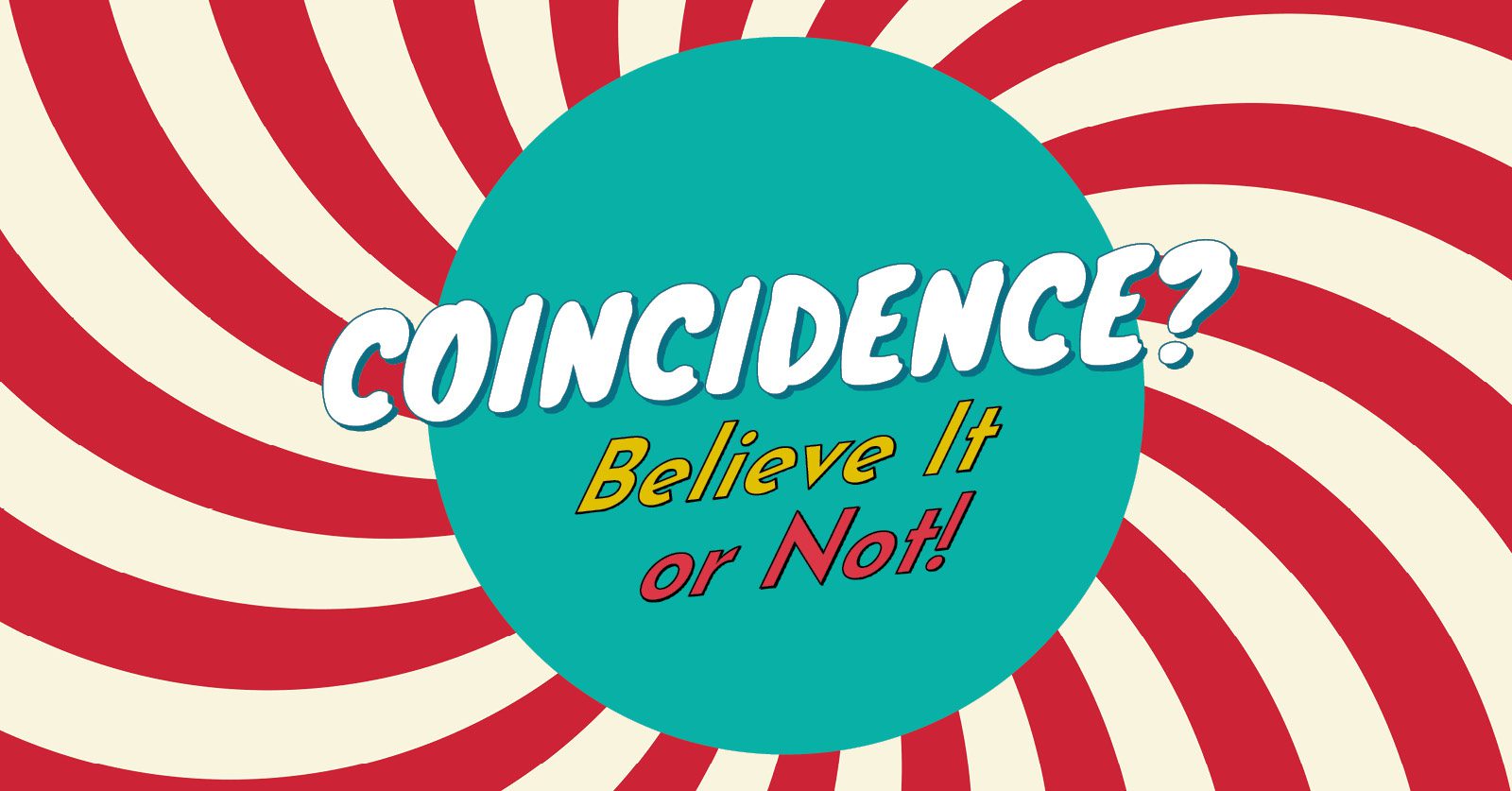 Have you ever wondered how a friend was doing and then they phoned you seconds later? Maybe you made a new friend with whom you happen to share a birthday. Perhaps you have gone on vacation to a faraway place and bumped into someone you know from home. Coincidences are those rare events that seem to be related but have nothing to do with one another. These are a part of our daily lives. Some are mundane and we do not spend much time thinking about them, but other coincidences are downright bizarre!

In 1660 a man travelled on a ship that sank and left only one survivor. In 1767 another ship sank in exactly the same spot as the previous ship, with a sole survivor. In 1820 a ship overturned leaving one man alive. And, in 1940, a German mine blew up another ship, leaving two survivors. What do all of these ships have in common? ALL the survivors were called Hugh Williams, including both of the survivors on the ship that sank in 1940 (a man and his nephew of the same name)!

In 1990, a school pupil sat an examination in North Wales. The student’s name was James Bond. The reference number on his exam paper was 007!

In 1937 a street sweeper, called Joseph Figlock, was doing his job cleaning an alleyway. In what would have been a horrific accident, a baby boy fell from a window on the fourth storey of a building. Luckily, the baby fell on Joseph’s head. He broke the little one’s fall and unsuspectingly saved his life. A year later, the same baby fell from the same window, again falling on an unwitting bystander, who turned out to be the same old Joseph Figlock!

The Best Time To Have a Heart Attack

In 2003, a lady, called Dorothy Fletcher, suffered a heart attack on a flight. The concerned cabin crew announced: “Is there a doctor on board?” Astonishingly, 15 passengers got up to help Dorothy. All 15 were cardiologists (heart doctors) on their way to a conference.

It’s All in The Name

In the 1920s three Englishmen were travelling through Peru in the same carriage on a train. After introducing themselves to each other, they realised that one was called Bingham, the other was Powell and the third man was Bingham-Powell!

In 1895 cars were quite new inventions in the world. The entire state of Ohio, in the United States of America, had only two cars in it. As fate would have it, these two cars crashed into one another, leaving the state of Ohio with no cars at all!

In a sad situation, a set of twins were separated and put up for adoption at birth. They did not know of the other’s existence. They were both named James by their respective adoptive parents. Both of them became police officers and married women called Linda. Each James had a son. The one was called James Alan, while the other was called James Allan. Both had a dog called Toy. Both of them got remarried to other women later, and both of these women were named Betty!

These coincidences are hard to believe, but like many writers have said before, “truth is stranger than fiction”. So, leave a little space for the unbelievable in your life. You might find that you too are a victim of unbelievable coincidences! 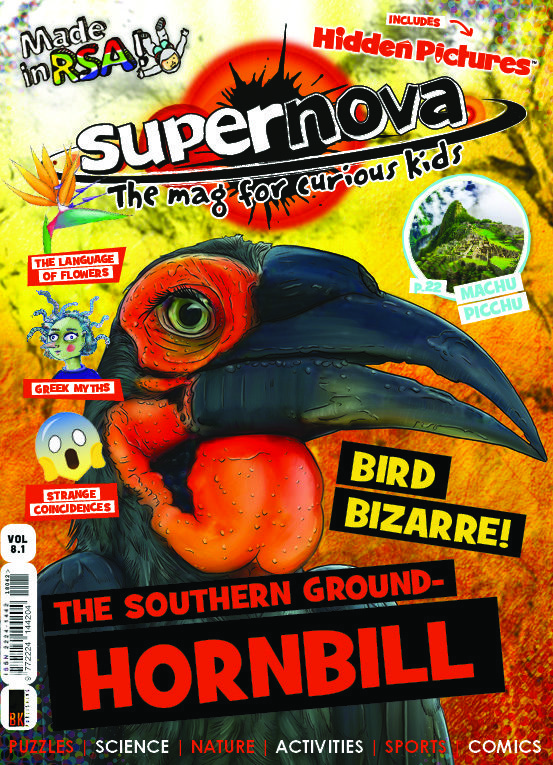 This article is inspired by Supernova Volume 8.1