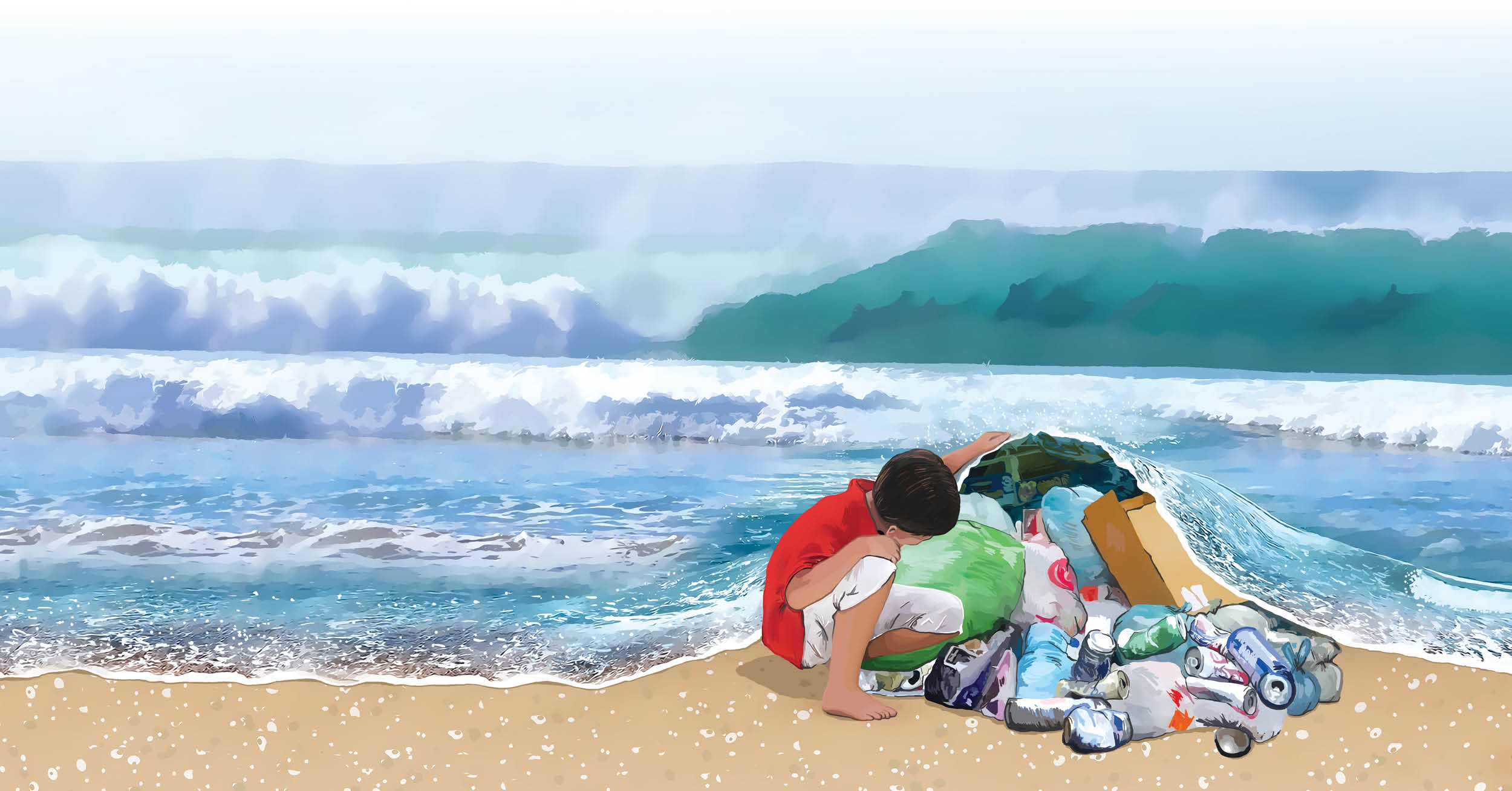 It’s everywhere and it doesn’t go away. It is a great advantage to us, but it’s also become a curse. It’s plastic, of course. It’s an invention that has only been around for about 60 years, but now comes in so many useful forms. If it is so useful, then why is it a curse? The answer to that is in the first sentence: plastic doesn’t ‘go away’ – it doesn’t degrade or break up slowly like natural fibres. Plastic just hangs around, clogging up the earth, rivers and even the oceans. The damaging effects of plastic can be seen in the Great Pacific Garbage Patch.

Where does this plastic waste go?

Most of it ends up in landfills, some is burnt and some (not enough!) is recycled. Sadly, a huge amount just gets dumped into rivers, roads and fields. Rain water carries the plastic into rivers that eventually flow into the sea. Once in the sea, the plastic floats off and is swept away by tides and currents.

Try this: fill a basin half full with water and drop in a few oat flakes, small pieces of torn paper or anything that will float. Stir the water slowly with a spoon. You will soon see that the floating items gather in the centre of the basin and will stay there as long as you continue to stir. This is how a ‘gyre’ works in the ocean, preventing waste from scattering.

This is why, in the middle of the huge Pacific Ocean between America and Asia, where ocean currents meet, the biggest garbage dump in the world is slowly growing and poisoning the sea. The Great Pacific Garbage Patch is in a gyre in the North Pacific and is one of five immense, slowly turning whirlpools in the oceans. It is loaded with millions of tons of plastic waste.

Since most of the plastic is ‘suspended’ (it ‘hangs’ in the water just metres below the surface), when you sail or swim through it (not recommended!) it is not that visible. But to marine animals and birds who feed in the sea, it’s deadly. Chemical poisons form as the plastic photodegrades (the sun breaks it down into tiny pellets called nurdles), which spreads over an even larger area. Birds, turtles and fish swallow pieces of plastic that they think is food, and this either chokes them or slowly poisons them. Many of these fish get caught by fishing boats and soon the poison they have swallowed is swallowed by the people who put the plastic in the water in the first place.

There are garbage patches in all the oceans, perhaps not all as big as the Great Pacific Garbage Patch, but big enough to concern us all.

How big is it exactly?

Although nobody is sure exactly how big the Great Pacific Garbage Patch is, some scientists have calculated that it could be as big as 15 million km². That’s ten times bigger than South Africa! The waste will never escape from the gyre and, because it is breaking down so slowly and we’re throwing away so much more all the time, it is getting bigger and bigger.

What can you do? Recycle!

If we ever needed a good reason to recycle, we just have to think about the Great Pacific Garbage Patch – millions of tons of plastic waste just circling slowly in the middle of a beautiful ocean, growing bigger with every piece of plastic that is carelessly thrown away. 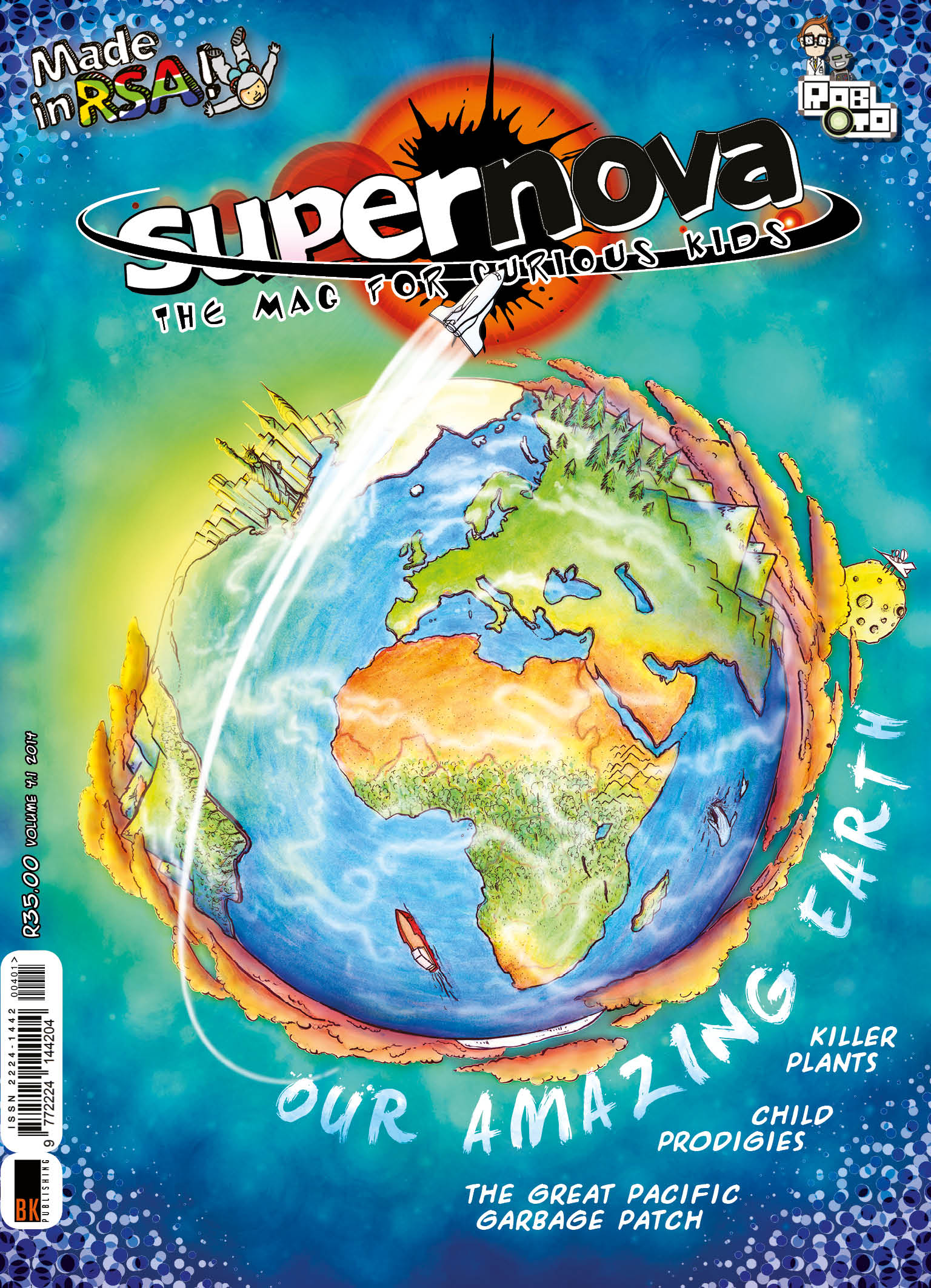