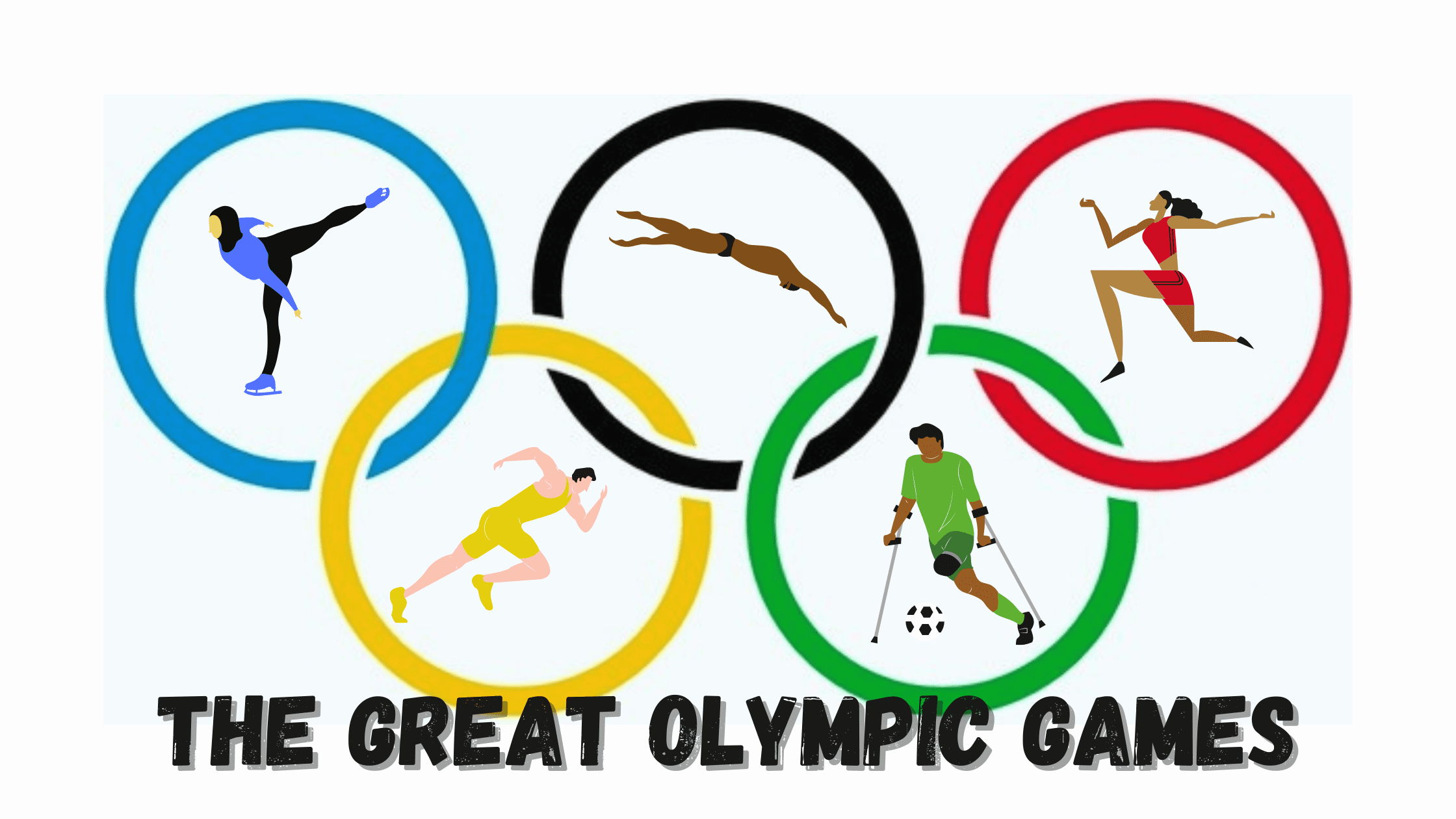 Before the Olympic Games officially begin, a flaming torch is carried from the birthplace of the games in Olympia, Greece. It is lit from the flame at the Temple of Hera (where a Greek goddess was married to Zeus) in a special ceremony. It then travels to the Panathenaiko stadium in Athens. The torch will be handed over in a ceremony to a torch bearer representing the Host Nation for that year, and is then taken to the Host City.

The 2020 Olympic torch has been designed based on a cherry blossom –Japan’s national flower. 30% of the Olympic torch is made from recycled aluminium originally used in the construction of pre-made living units during the aftermath of the Great East Japan Earthquake in 2011.
It is a symbol of hope and sustainability as well as the world overcoming the Coronavirus (COVID- 19) pandemic through sport.

This year it is Tokyo, Japan’s turn to host the Games. This is the fourth time they are hosting the Olympic Games. The torch relay began on 12 March 2020 in Greece before it was decided to postpone the Games (due to the Covid-19 pandemic) . Then, the torch was sent to Japan to be put in a special lantern on display in Fukushima for a month.

After that, the lantern was transferred to the Tokyo prefecture, where it was kept safe until 25 March 2021. Nearly a year later than originally planned, the relay ended at Tokyo’s national stadium on 23 July. The Olympic cauldron at the finale of the opening ceremony was lit by Naomi Osaka – the No. 1 women’s tennis player.

The first recorded Games were held in 776 B.C.E. in Olympia, Greece – the founding place of philosophy, democracy and modern mathematics. The Ancient Olympics had taken place for about 12 centuries until they were banned in 393 AD by Emperor Theodosius for being a ‘pagan cult’. It was linked to the Ancient Greek gods, as it is supposed to have been founded by Hercules to honour Zeus. Their religion was said to have helped the games stay pure and keep their importance. It was also good for maintaining and boosting positive relations between the different cities in the same way that it encourages friendship between the different countries and nations nowadays through their representatives, the athletes.

In Ancient Greece, any free man (any person who was not a slave) could take part. From royalty all the way down to servants. To take part in the Olympics and win brought the victor great honour, which was highly sought after in those days. It is still a great honour to be awarded a medal at the Olympics because it means that you have fought for it against the best athletes in the world.

Just remember that in order to qualify for the Olympics today, you have to be the best of the best in your sport, in your country. Yes, it does take years, as well as a lot of hard work and dedication, but in the end it’s worth it!

The Olympic flag made its first appearance at the Summer Olympic Games in Antwerp, Belgium, in 1920. Blue, yellow, black, green and red are the colours of the rings on the white flag used to represent the official Olympic Games. There are five rings to represent the five continents and they are interlinked to show that this is a meeting of athletes from all over the world as equals.

The modern Olympics started in 1896 and was hosted by Athens, Greece. There were only two occasions when the Olympic Games did not happen. In 1916, due to World War I, and 1940 and 1944, due to World War II. They started again in 1948 (because World War II ended in 1945). The most recent Games were held in 2018 in Pyeongchang, South Korea. This year, the Games are currently taking place in Tokyo, Japan.

How are winners recognised?

In ancient times, the winner of a sport was named by a herald (a bearer of news) accompanied by the sound of a trumpet to get people’s attention. Then, a Hellanodikis (Greek judge) gave him a palm leaf to hold. They would tie red ribbons around his head, each of his hands, and the crowd would throw flowers and cheer. This happened immediately after each competition. On the last day, each winner would receive a laurel wreath which was placed on their heads. The wreaths were made out of the sacred olive leaves taken from the tree planted at Zeus’ temple by Hercules.

Nowadays, instead of palm leaves the winners are given medals: gold, silver or bronze, depending on whether and where they have placed in the top three spots.

Which sports are part of the Olympics?

The first Olympics was only one stade – a sprint of about 200 metres! Then it included running, long jump, shot put, javelin, boxing, pankration which is a form of martial arts mixed with wrestling (based on Theseus’s fight with the Minotaur in Greek mythology) and equestrian events (horse-riding and chariot races). Even though the list of sports included in the Olympics change quite often, there are five sport forms that have been included in all of the modern Olympics.

They are athletics, cycling, fencing, gymnastics and swimming. In the 2020 Olympics, five new sports were approved – baseball/softball, karate, skateboarding, sport climbing and surfing.

What are demonstration sports?

These are sports that were included in the Olympic Games as a trial run before a decision is made whether to officially include them or not, or else they were sports that were being promoted to an international audience. Though this practice was discontinued in 1992, the Chinese, who hosted the Olympics in Beijing in 2008, got around this by hosting an international tournament of the martial art Wushu at the same time of the Games.

The core (principal) values of the Olympic Games are ‘Excellence, Friendship and Respect.’

Weirdest sports ever to have been included in the Olympic Games:

More than one Olympic Games?

The Olympic Games that we all know is also known as the Summer Olympics, but there are two others that are lesser known. They are just as important to the sporting community. These are the Winter Olympics and the Paralympics.

The creed of the Olympic Games:

“The most important thing in life is not the triumph, but the fight; the essential thing is not to have won, but to have fought well.”

Natalie Du Toit, due to her amputated leg, would normally only be allowed to swim in the Paralympics. No, not Natalie. She became the first amputee to qualify for the Olympics in 2008. The first person in a 100 years! This is after she won five gold medals and a silver at the 2004 Paralympics! Way to go Natalie! 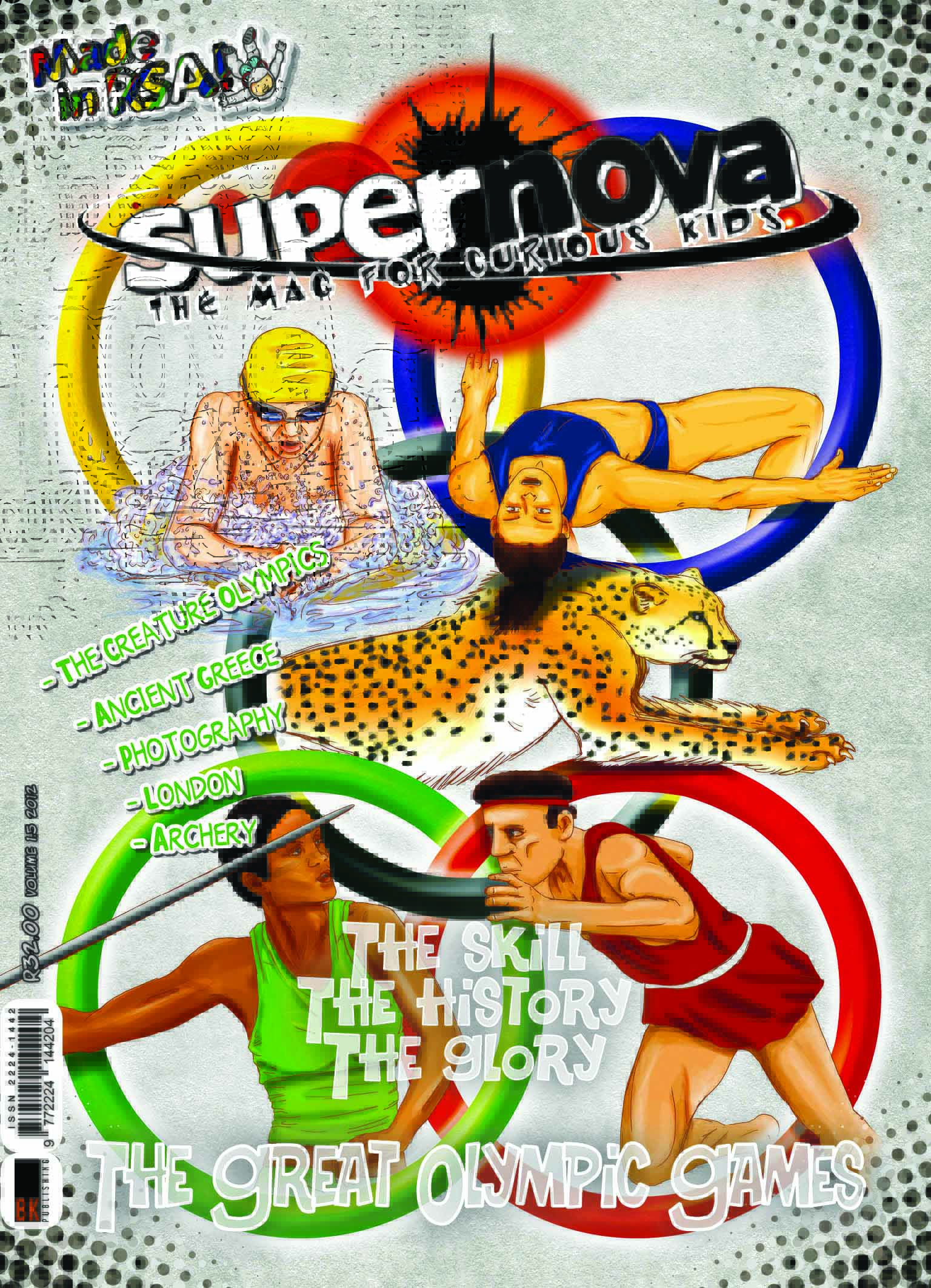 3 1 vote
Article Rating
← Amazing Sci-Fi Technology Come True Vampires: what are they, and do they exist? →
Subscribe
0 Comments
Inline Feedbacks
View all comments