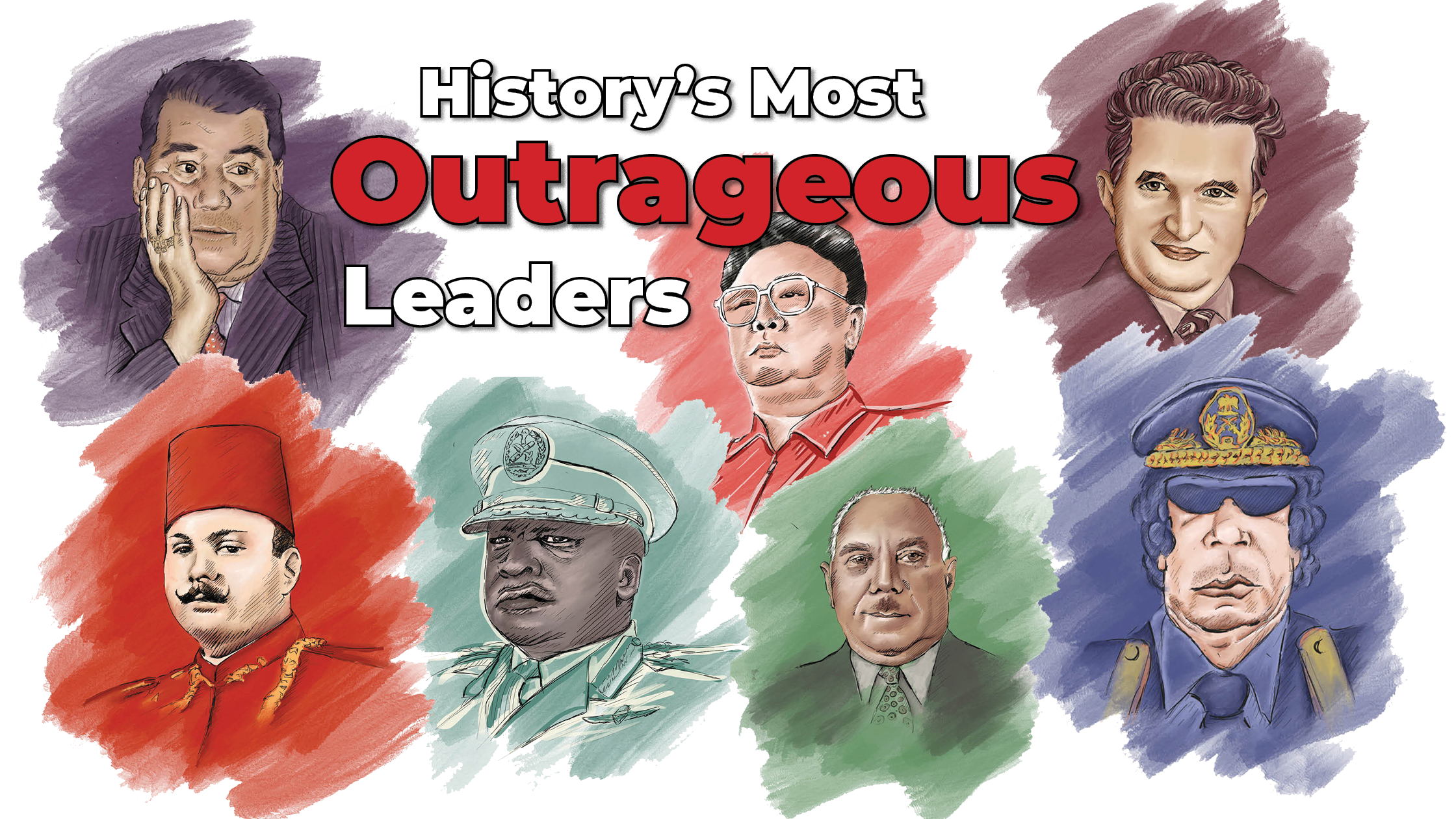 The last ruling king of Egypt, King Farouk, was probably the reason that Egypt gave up on its monarchy. He was once described as a “stomach with a head” as he loved drinking and eating, and weighed over 130kgs! According to his sister, he loved soda and would drink about 30 bottles a day. It’s also rumoured that he ate over 600 oysters a week! He also loved to collect whatever he could and had an insanely large coin collection. One of the weirdest characteristics of this super-wealthy king was that he had a pickpocketing problem. King Farouk once stole a watch from Winston Churchill!

When Hitler’s army was preparing to invade Egypt, Farouk was the only world leader to send Hitler a telegram thanking him for coming to ‘help’ his country. He didn’t like the British forces in his country, and apparently, he thought the Germans would be an improvement. As you might have guessed, Farouk wasn’t too popular among the Egyptians. In 1952, he was overthrown.

Idi Amin Dada was the dictator of Uganda from 1971-1979. Amin is famous worldwide for his crazy habits, with many people thinking he was mentally ill. He reportedly fed those who disagreed with him to his pet crocodiles. He also loved to give himself fancy names. Some of his self-proclaimed titles were “Conqueror of the British Empire”, “President for Life”, and “The King of Scotland”.

He banned all Asians from Uganda during his rule and forced them to flee the country because the daughter of an important Asian family refused to marry him. Amin also apparently wrote love letters to Queen Elizabeth, because he believed he was the true King of Scotland. He went into exile in 1979 and eventually died in Saudi Arabia in 2003.

Niyazov was the President of Turkmenistan from 1990 until he died in 2006. Niyazov named landmarks, streets, and other public things after himself: Turkembashi which means ‘leader of all Turkmen’. A meteorite that landed in the country was also named after him. It was legally required that Niyasov’s face had to appear on every clock and watch in the country.

He made some very weird demands while he was President. Niyazov changed both the name for April and the word for ‘bread’ to his mother’s name. He also decided that January would be named after him. Niyazov wanted to change many aspects of Turkmenian culture and did this by banning make-up, dogs, car radios, gold teeth, and lip-syncing at concerts. If you think these are random, he also forbade young men to grow long hair and beards.

The country’s youth were encouraged to chew on bones to preserve their teeth instead of seeking dental treatment. He also closed rural libraries to discourage reading. Woah!
One of his weirdest actions was in 2004 when he built a huge ice castle just outside the capital of Turkmenistan. Bearing in mind this country is made up of desert and temperatures can reach about 50C.

Mobutu was the President of Zaire (which is now the Democratic Republic of the Congo). He was a very cruel and harsh dictator. He also made some very questionable demands as president. Mobutu made it law that television in Zaire could not mention anybody but him by name and ordered that all evening news begins with a scene of him descending from the heavens. He loved to wear leopard print hats and banned them all from the country so he would be the only person who could wear one.

Mobutu also imprisoned people who did not have African names and changed his name to mean “The all-powerful warrior who, because of his endurance and inflexible will to win, goes from conquest to conquest, leaving fire in his wake”. Imagine having to write that name at the top of your homework every day!

He also paid Muhammad Ali and George Foreman $5 million each to fight in a boxing match in Zaire. This was supposed to help improve Mobutu’s popularity among his people and worldwide but nothing could have changed people’s attitudes to this crazy leader and he was overthrown in 1997, dying later that year in Morocco.

Kim Jong-Il became the leader of North Korea in 1998, taking over from his father when he died. Both he and his father, Kim Il-Sung, are seen as the “Creators of the Universe” in North Korea. Kim Jong-II controlled the media and so there have been many crazy claims about him. It’s rumoured that he invented the hamburger, that he can control the weather, and that he has never used the toilet!

In 1994 Kim Jong-II apparently won the greatest golf game in history, shooting 5 holes-in-one. However, this was the first time he had ever played golf and no other newspaper seemed to even be aware of this record-breaking event. Hmmm. Kim Jong-II was also a man who loved giving himself official titles. An example of this was him forcing North Koreans to call him the “Invincible And Ever-Triumphant General and Highest Incarnation of the Revolutionary Comradely Love”. That’s a mouthful, right?

While his people starved under economic sanctions from the rest of the world, Kim lived a life of luxury and loved imported things. These included wine, Japanese sushi, and over $20 million in imported cars. He passed away in 2011, and his son took over the presidency.

Nicolae Ceausescu was the President of Romania from 1965 until 1989. He was a notoriously mean leader and drove Romania into poverty all the while increasing his fortune. Not a good guy, right?

Some of his crazy demands were that he ordered his wife’s name to be included in all scientific research in the country. Never mind that she wasn’t able to read or write. He also claimed that his son had published several volumes on Nuclear Physics, but there was no evidence to support this. Ceausescu was incredibly paranoid (for good reason – Romanians really didn’t like him!).

He would lock his closet due to his fear of being poisoned by something in his clothes. One of his most ridiculous moves was to build a palace so huge that today’s Romanian Parliament can use only 30% of it. It is the biggest government building in the world!

A military man who ruled the Dominican Republic with an iron fist, Rafael Trujillo came to power in 1930. He rigged the election and gave himself more votes than people were voting. Something doesn’t add up there…

As one of Trujillo’s first acts as President, he organised a massive $30 million event where he crowned his daughter as queen. This event lasted an entire year and used up one-third of the national budget!

Trujillo renamed the capital, roads, buildings, bridges, and even mountains after himself. He required every license plate to say “Viva Trujillo”. Although he forced his name to be held sacred throughout the country, the Dominicans did not like him or his wasteful habits. In 1961, a group of people ambushed him and kicked his family out of the country.

Gaddafi came into power in Libya in 1969 when he was just 27. Immediately, he kicked all the Italians out of the country.

He was notorious for his arrogance and obsession with himself. He dressed in ridiculous clothes and loved plastic surgery, also using makeup to accentuate his ‘looks’. Gaddafi is famous for his terrible two-hour-long speech that he made at the UN in 2009. In this speech Gaddafi said he supported Somali pirates, he called Barack Obama “my son” and he claimed that Israel was responsible for JFK’s assassination.

His most ridiculous demand was when he asked for the UN to be moved to Libya so he and his officials could avoid jetlag. Crazy! In 2011, the government was overthrown and Gaddafi was removed by the military. 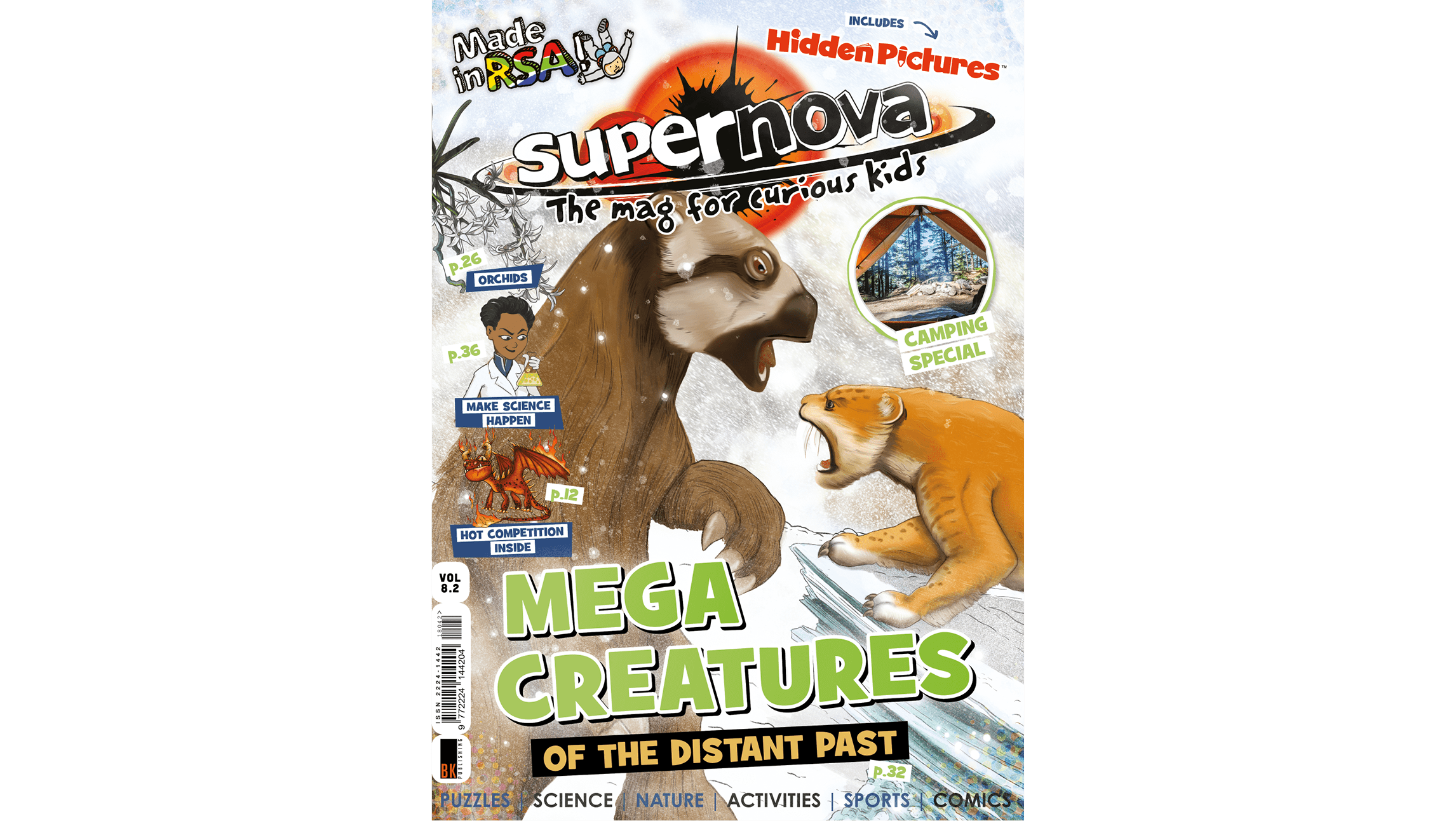