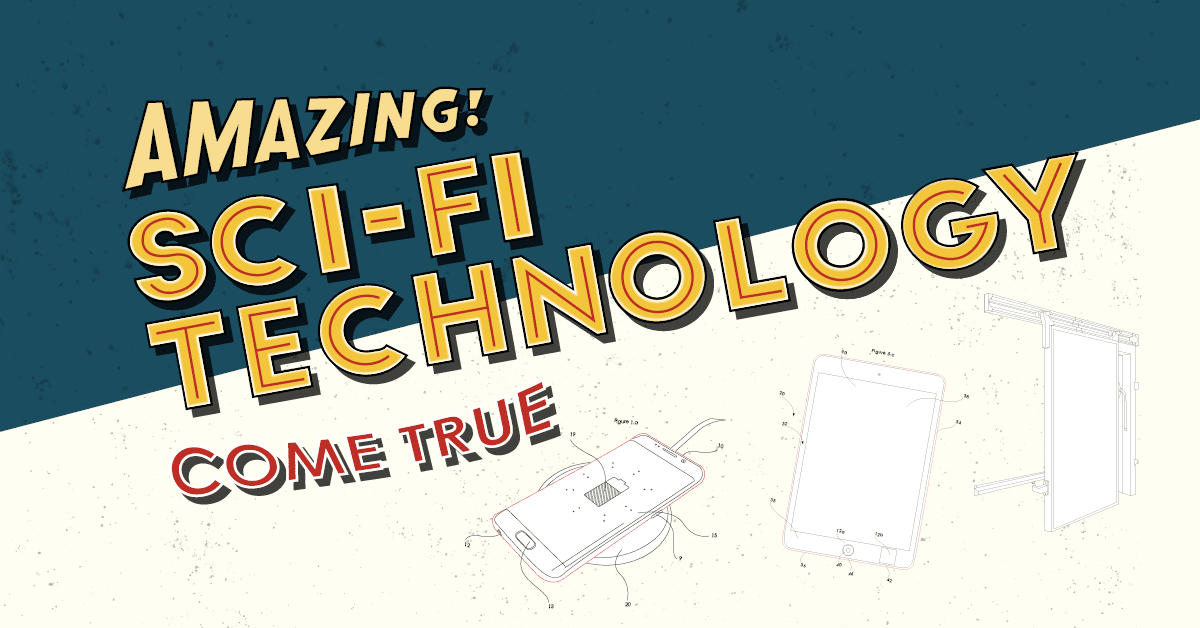 Ever wondered where the idea for your cell phone or your tablet came from? A lot of the amazing sci-fi technology that we use today was thought of as impossible, or even fantastical. People saw these amazing inventions in shows like Star Trek, or read about them in books like Jules Verne’s 1865 novel From the Earth to the Moon. But no one could imagine that the future would actually bring these life-changing inventions to life…

Writer and scientist Isaac Asimov published an essay in The New York Times in 1964, imagining what 2014 would be like. In the essay, he predicted that our appliances wouldn’t need any electric cords to work. Asimov definitely got the wireless part right with many of our phones and computers being able to function and even recharge wirelessly.

Author Jules Verne wrote a novel titled From the Earth to the Moon in 1865 which featured a team of inventors shooting a spacecraft into the sky. In 1902, filmmaker George Melies produced one of the first fantasy films titled A Trip to the Moon. Apollo 11 landed on the moon in 1969, 104 years after Verne’s novel.

We’ve seen voice-controlled robots like R2-D2 in movies like Star Wars, and Stanley Kubrick’s talking computer HAL in the 1968 film 2001: A Space Odyssey. But no one could imagine that we would have voice-controlled devices. Amazon’s Echo is a voice-controlled assistant that can answer any of your questions and help you organise your life.

The first idea for the modern tablet came from one of the most famous science-fiction TV shows in history. Star Trek: The Next Generation featured touch-based tablets called PADDS which is short for ‘personal access display devices’. The show’s art director, Matt Jefferies, created the PADDS as an improvisation because he was working on a small budget and had to improvise with the materials that he had.

Henry Ford, founder of Ford Motor Company, said in 1940 that one day the world would have a combination motor airplane. A few decades later, in 1974, film audiences were amazed by the flying car in the James Bond film The Man with the Golden Gun. Today, Slovak engineers manufacture one of the most popular flying cars. In 2014, they finalised a new AeroMobil prototype which achieves speeds of 200km/h per hour, and travels up to 700km on a full tank.

Automatic doors are something that we see as simple and common-place as we make our way through shopping malls. But a century or two ago, this concept was completely alien to people. Texans Lew Hewitt and Dee Horton are considered the official inventors of the automatic door in 1954. Yet, the idea for the technology first appeared in H.G. Well’s 1899 book, When the Sleeper Wakes. The only difference is that, in Well’s version, the automatic doors fold upwards instead of opening side to side.

So the next time you watch a science-fiction film, take note of the futuristic technology you see. Sooner or later, you may see something very similar pop up in your nearest tech-savvy stores.