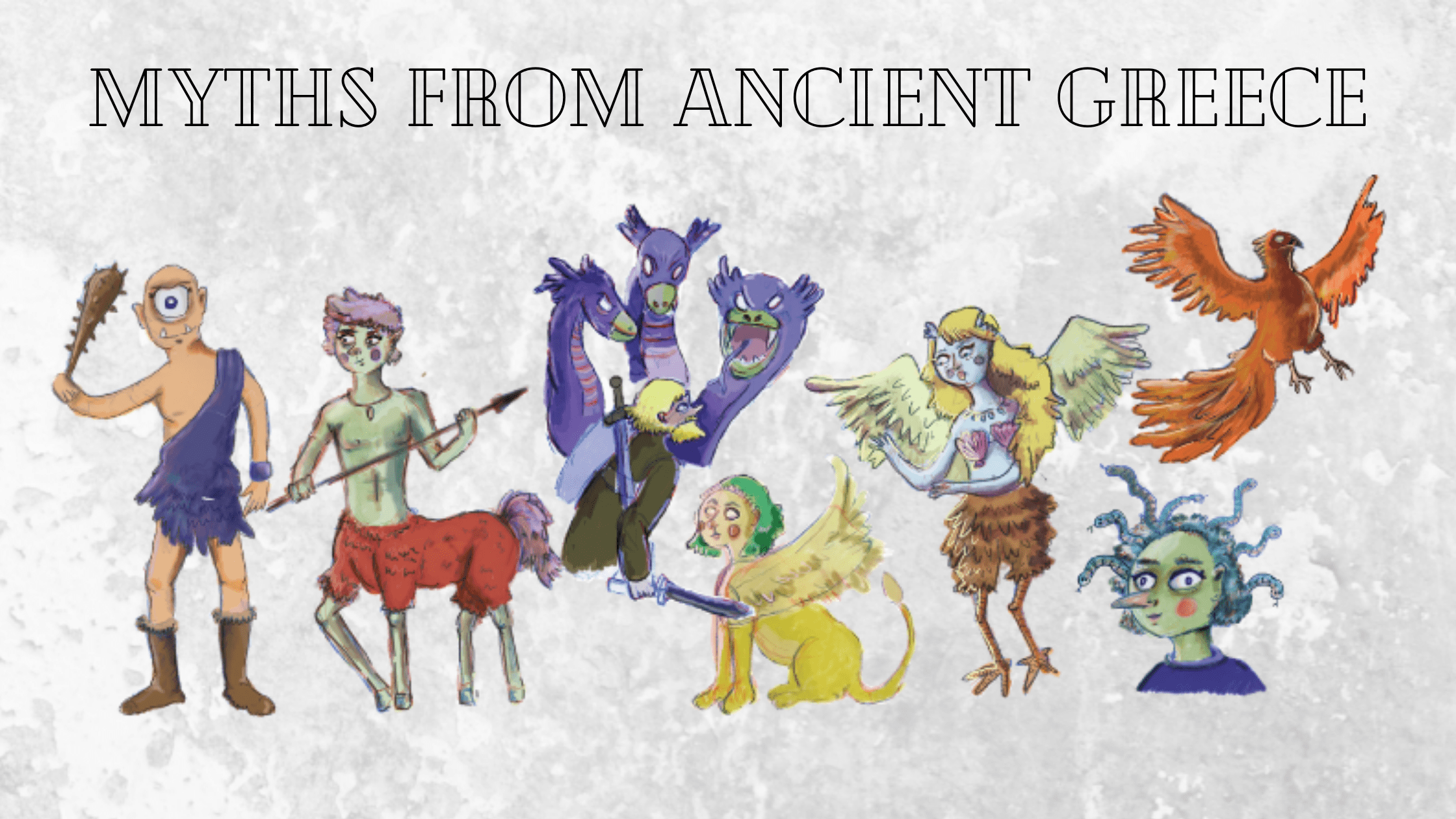 Myths are traditional stories that present characters such as talking animals, monsters and gods. Most myths feature a few historical facts that have been exaggerated and romanticised over the centuries. Myths play an important role in many cultures to explain the basic aspects of the world simply. The ancient Greek culture is no exception. The emphasis in mythology is on plot rather than on any specific character, like the heroes we find in legends, but the characters we do come across are rather cool, even if we say so ourselves. Here are some myths from Ancient Greece that we leant about in Supernova Vol 8.1.

The first Myths from Ancient Greece is the Phoenix. Now I know what you’re thinking, but the phoenix featured in many stories before Harry Potter. This beautiful bird in Greek mythology is said to live 500 years before it bursts into flames, only to rise again from its ashes. Although the phoenix is often connected with the Sun, it mostly symbolises renewal in both ancient and modern cultures.

Medusa was the daughter of the sea-god Phorcys in Greek mythology. She offended Athene, Zeus’ daughter. Athene then turned Medusa and her sisters into monsters called Gorgons. Medusa had snakes instead of hair, bulging eyes, a protruding tongue, wings and bronze claws. Talk about hideous. Anyone who dared look at her was turned to stone. I think I’d be happy to be stone around her, thanks…

The Cyclopes (wheel-eyed) first appeared in the ancients Greeks’ creation myth. Three giant demi-gods, who each had only one large eye in the middle of their forehead, were born. Uranus, their father, rejected and imprisoned them in the Underworld. Zeus later rescued them. In return, they fought for Zeus against the Titans.

Polyphemus, a descendent of the Cyclopes, famously imprisoned Odysseus in the epic poem The Odyssey. Odysseus’ escape plan? Blind the Cyclops!

Centaurs are also demi-gods of Greek origin, this time with the head arms and torso of a man, and the body and legs of a…horse. Their wise and patient nature makes them great teachers, especially when it comes to riding and archery.

Don’t let these sea-nymphs’ beautiful faces and voices deceive you! Sirens, with their bird-like bodies, are actually monsters who lure sailors onto the jagged rocks where they live, with their irresistible singing. Only Jason and Odysseus, in Greek mythology, ever managed to escape them. Phew!

The most famous sphinx may be the ancient Egyptian stone figure near the Pyramids of Giza, but this monster actually has its origins in Greek mythology. The Sphinx, with a woman’s head, lion’s body and bird wings, was known to kill people if they couldn’t answer her riddle. When Oedipus happened to answer correctly, she killed herself out of shame instead of killing him. Ouch.

Also known as the Lernaean Hydra, this multi-headed snake lived in the lake of Lerna. Its breath and blood were so poisonous, that even its scent could kill you. Unfortunately, if you tried to cut off a head, it would grow two more in its place. Eep! The good news is that Hercules eventually managed to kill it. Go, Hercules!

Pretty good! The only error is that Medusa is a girlfriend of Poseidon, not the daughter of Phorcys.