Movies through the ages 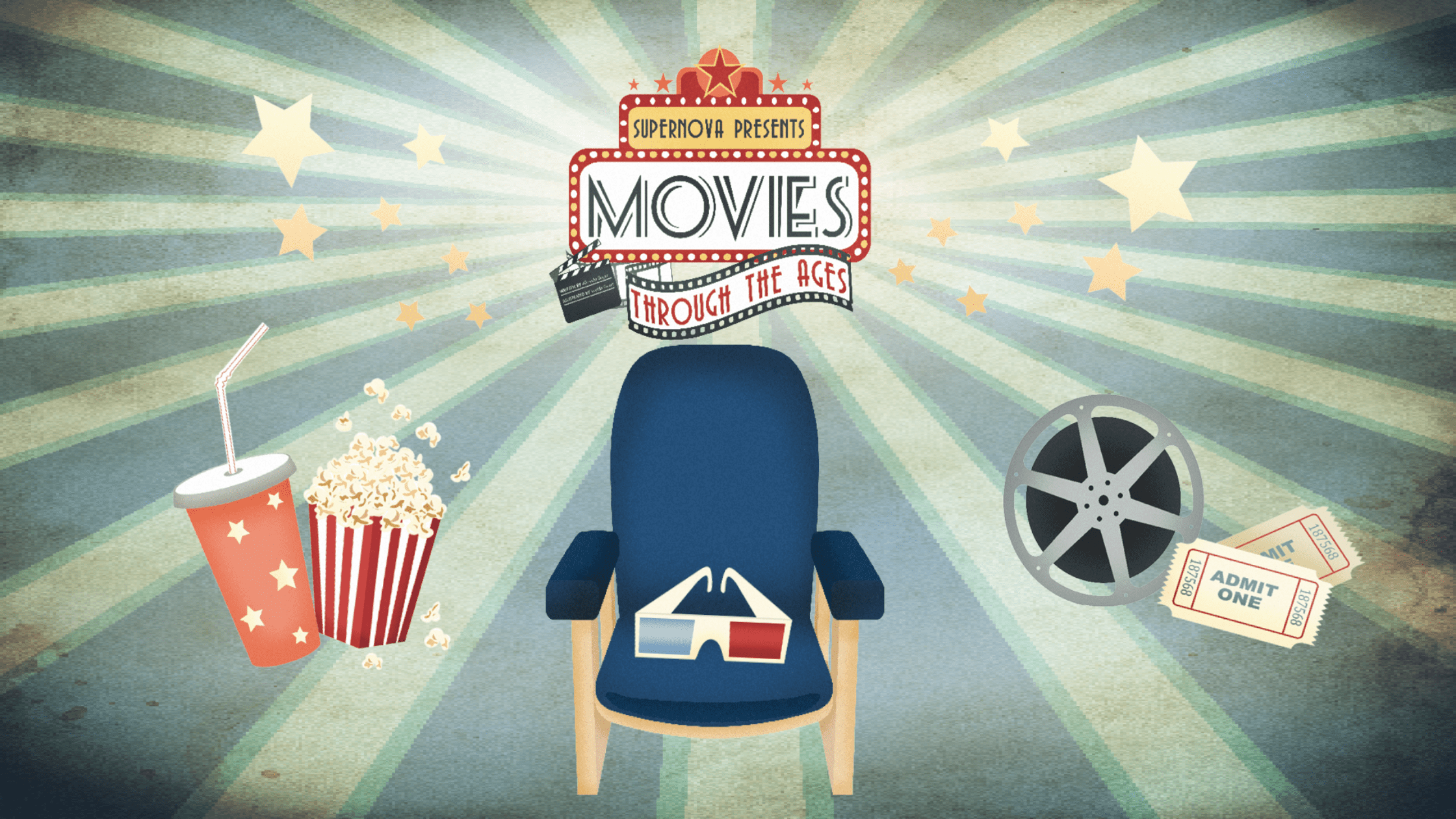 There’s something magical about films. They offer an escape from reality, transport us to unimaginable places, and liberate our minds. They make us laugh, they make us cry, they inspire us and they enlighten us. Movies mesmerise. And movies hypnotise.

Do you know which movie was the first ever made and when it was filmed? Don’t fret if you don’t know – it’s quite a toughie. In 1878, a chap with a rather peculiar name, Eadweard Muybridge, an Englishman, made the first film in history. The name of the movie is Horse in Motion, but is also referred to as Sallie Gardner at a Gallop. It’s basically 24 photographs of a horse galloping around a race track in Sacramento, California. Sallie is the name of the horse, not the jockey. It would be a bit strange if a jockey were to gallop around an entire race track, wouldn’t it?

Anyway, Muybridge was the first person to create the movie projector. A device called a zoopraxiscope to display the photographs in quick succession, giving the impression of motion. Fascinatingly, the film provided the answer to a hotly debated topic at that time: whether all four of a horse’s legs are in the air at the same time while it is galloping. And yes, the movie proved that all four legs are indeed simultaneously airborne. Who said movies aren’t educational?

In 1888, the French inventor, Louis Le Prince, created the oldest surviving narrative film – a film telling a story. It depicted people walking in ‘Oakwood streets’ garden in Leeds, England, and was entitled Roundhay Garden Scene. How long do you think the movie lasted? One hour, two hours, perhaps even three hours? Come on, take a guess! If you said 2.1 seconds, you’re spot-on! Can you believe that the first narrative film lasted less than three seconds? Le Prince must’ve been a very lazy fellow, don’t you think? Just kidding! Besides shooting the first experimental film, Le Prince is also credited with inventing the first patented film camera. Pretty nifty bloke if you ask us.

The first time period in movie history is referred to as the ‘silent era’, this is because movies had no sound back then. Just imagine that – movies with no sound! Would you be able to sit through an entire movie without hearing anything? Sounds like a challenge to us. Although movies were soundless, people tried endlessly to incorporate it into movies. They just had no idea how to do it. To communicate dialogue, title cards, gestures and mime were used instead.

Speaking of mime (excuse the pun), have you ever heard of Charlie Chaplin? He is one of the most famous actors that ever lived, and was most renowned for his hilarious silent films. He was a modern-day Mr. Bean and is fondly remembered as one of the fathers of slapstick comedy. Chaplin acted in 87 movies (only five of them had sound) and received three Oscars, while being nominated for another three. He was such a splendid actor that in 1975 he was knighted by Queen Elizabeth II for his services to entertainment.

Here’s an interesting titbit to impress your friends: did you know that the musicians in Locnville are related to Charlie Chaplin? Locnville is a South African electro-hop music duo consisting of Andrew and Brian Chaplin, and their grandfather was the first cousin of Charlie Chaplin. Local is always lekker!

The longest film ever is Modern Times Forever, a Danish movie that runs for 240 hours. That’s 10 full days! Imagine how much popcorn you’d get to eat?

A revolutionary day in history was when sound became a part of the viewing experience in movies! This heralded the start of the ‘sound era’ as we know it today. In 1926, Warner Brother introduced the ground-breaking Vitaphone. This major break-through in film allowed films to synchronise films with sound. This allowed for the release of The Jazz Singer in 1927, the first film to feature synchronised dialogue (and singing).

However, one of the major issues during the initial stages of the sound era was that synchronisation was never precise. Allow us to explain in a simpler manner. Have you ever seen a movie where an actor or actress speaks and the words aren’t perfectly timed to the movements of their mouth? Pretty irritating, right? That’s exactly what it was like during the first years of the sound era. However, as technology improved, directors were able to synchronise dialogue much more accurately, ensuring a more enjoyable viewing experience.

Evidently, movies made today have spoilt us because of the incredible technological advancements. For example, the use of special effects like computer-generated imagery (CGI) have enabled the creation of futuristic settings as in I am Legend, but have also allowed for the reimagining of ancient worlds as in Gladiator. In addition, 2D films have been replaced with 4D movies (3D is totally old school), which are presented in custom-built theatres and include effects like air bubbles, leg and back ticklers, rain, special smells, strobe lights, wind and vibration. It’s unquestionable that even more technological developments will transform movies in ways never envisaged before. However, what’s most important is that movies never lose their most fundamental purposes – to tell stories.

The most expensive movie ever made was Pirates of the Caribbean: At World’s End. The production cost was approximately $300 million.

Check out for cool articles in the Vol 3 boxset edition!