Making sense of Rands and Cents 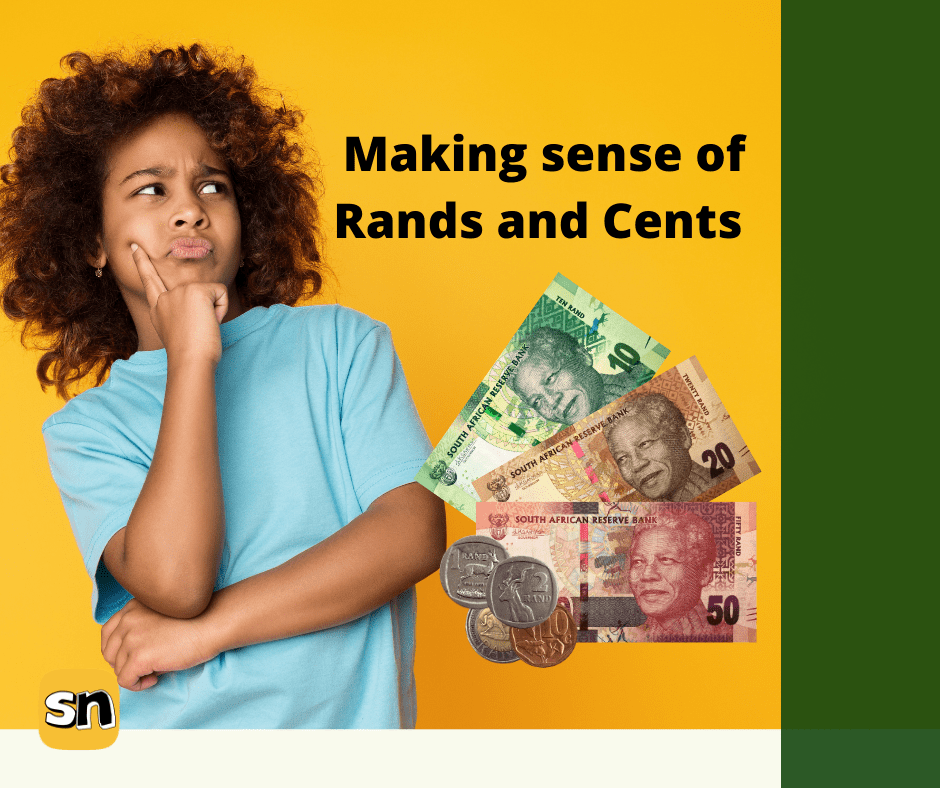 Money matters may seen like far-off concerns that will only matter when you are a fully-functioning adult with monthly expenses and home and car loans. The truth is that you probably deal with money more often than you know, aside from your allowance. The idea of money started with just a simple trade (if you give me this, then I’ll give you that). Let’s explore that which, they say, makes the world go round. At the end you should be able to make sense of Rands and Cents!

Why do we count on currency?

Money is a form of currency used to pay for goods and services. Before money, people used to barter goods for goods or goods for services. This was before coins became a measure of wealth at around 650 BC.

In the modern world, money helps people distribute, exchange and consume goods and services. It works better than the barter system because it ensures that everyone can get what they need.

Imagine a world without money

Imagine you’re a cobbler, and that you have to trade your shoes for food. How many loaves of bread do you think you could buy for one pair of the shoes you make?

The thing about this barter system is, not everyone needs shoes all the time. You’ll be hard pressed to find a baker who will accept shoes every month as fair payment. Do you see why money as currency works so much better than bartering?

Similarly, the US dollar ($), which is the most powerful currency in the world, is divided into five coins and seven bankotes.

One dollar is worth about R15, but this changes by the minute based on the strength of each country’s economy. Isn’t it crazy how major world events and political decisions can impact on the value of a country’s currency?

Now that you can make sense of Rands and Cents, we challenge you to create your own. If you ruled your own country, what would you call your currency?  What denominations would you include in your currency? What would its exchange rate be compared to the South African Rand, or the US dollar? This activity is also in Vol 9.1 of the Supernova magazine.

Look at our other Money Whiz blog article called Budget like a Boss to help you become a money whiz!