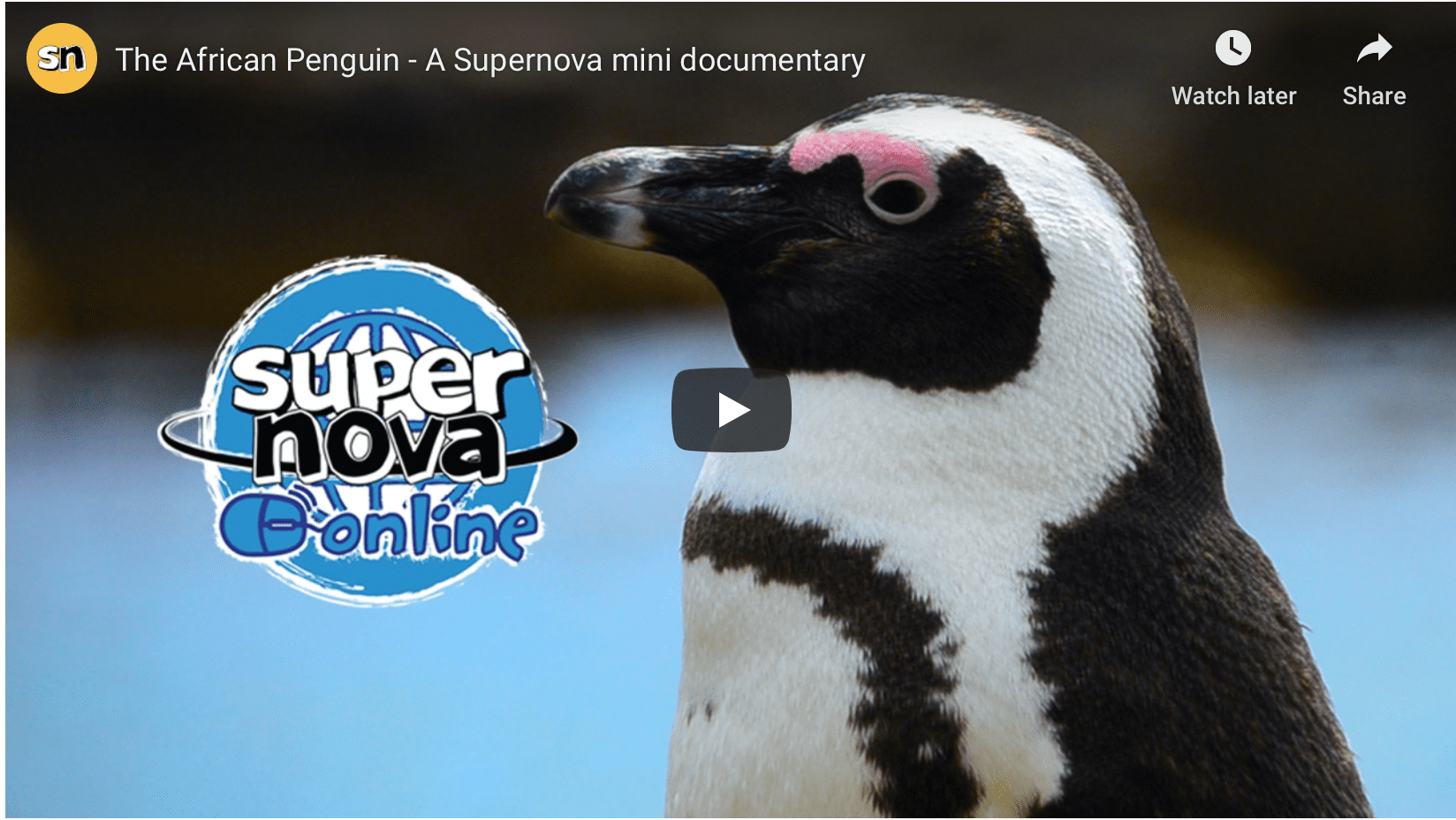 In this Supernova documentary about African Penguins, we introduce you to a unique South African bird. It may be clumsy on land, but a master of the seas.

Boulders beach, at the southern most tip of the African continent is home to a variety of wildlife and endemic birds. It is also home to a rare and loveable character, the African penguin.

Penguins live on a range of 24 islands from Namibia to Port Elizabeth in the Eastern Cape. The Boulders beach colony in Simonstown is the largest land-based colony and one of the only places that people can get up close to observe these adorable creatures. Of the 18 penguin species, the African penguin is the only one adapted to life in the blistering African sun.

Penguins spend most of their lives at sea, coming back to land to nest and to malt. Penguins moult for 3 weeks every year. Moulting penguins are not waterproof, so they spend most of the day finding shelter from the baking sun. The pink patch of skin above the eye helps cool the penguin’s blood down on hot summer days. Other penguins spend a lot of their day keeping cool in the water.

Meanwhile back on land, some are focused on competing for mates. Penguins nest between March and May and lay two eggs at a time.

Both parents incubate the eggs and help the chicks. While the parents are out fishing, they leave their chicks in crèches. Here the chicks learn to explore the world around them and learn skills that will be important in life in the colony. It’s tiring work, growing up and chicks soon get hungry.

At feeding time, the parents come back to land with fish-filled bellies. They regurgitate partially digested fish into the mouths of their young. Chicks are ready to leave the colony and hunt for themselves after two to four months. They reach maturity at about 4 years old.

Adapted to life at sea

Adult penguins are master swimmers and master hunters. They are adapted to a life in the ocean. Their large webbed feed are used for paddling to over 20 km out to sea, while their stiff wings are used as flippers underwater. Their short, dense waterproof feathers keep them dry and streamlined. They can reach up to 20km per hour under water and dive for up to 2 and a half minutes, hunting for small fish, like sardines and anchovies as well as squid and small crustaceans.

African Penguins are endangered. In the water, they face a myriad of threats, including

When an animal is endemic, it exists nowhere else on Earth. Even a small natural or human-induced disaster could see the African penguin go extinct.

What to do if you find a sick or injured sea bird?

If you want to see more videos and articles like this in the future, then like the video and rate us below!

This article first appeared in Supernova Vol 6.2. You can buy it and get the full article here: